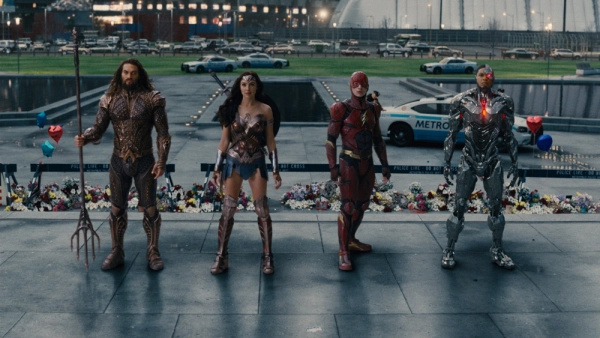 The mythical, unreleased version of the 2017 superhero film “Justice League” will finally see the light of day on Warner Media’s HBO Max in 2021. From a report:

After years of campaigning from talent and comic book fans, the studio behind the DC Films ensemble “Justice League” will offer original director Zach Snyder’s cut of the film, which saw heroes Batman, Wonder Woman, Aquaman, The Flash, Cyborg and Superman share the same screen. Director Zack Snyder announced the news on a live Q&A Wednesday, following a virtual screening of his Henry Cavill-led Superman film “Man of Steel.” Snyder completed the majority of work on “Justice League” in 2016, but stepped away from post-production and editing in light of a family tragedy. Warner Bros. brought in “The Avengers” helmer Joss Whedon to finish the job, and the varying styles of both men led many fans to believe Snyder had envisioned a much darker take on the project.

Budgeted at a reported $300 million, the film grossed over $650 million worldwide and did not resonate with critics, sitting at 40% fresh on Rotten Tomatoes. The DC assemblage was largely perceived as a miss in comparison to the juggernaut of Marvel Studios, and led to a creative pivot away from a tightly connected cinematic universe in favor of a far more loosely assembled collection of comic book adaptations.

It’s the WB producers who is ruining the DC Comics.
Hope it will rise against the odds and prove its worthiness.