Why the Super Bowl Is Being Broadcast In Fake 4K 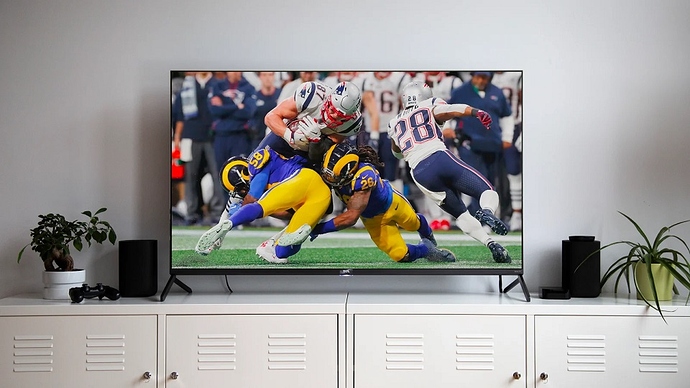 Today Fox will broadcast the Super Bowl in 4K and HDR, reports Gizmodo’s senior consumer tech editor. But “the 4K is fake 4K, and, according to Digital Trend’s interview with one of the men producing the Bowl, there’s a good reason for that…” The reason is that 4K is still really, really data intensive. A 4K video is often twice the size of a 1080p video. It’s full of twice as much data which means storage drives need to be twice as big. It also means data pipelines need to be bigger, and processors need to be faster. That’s pretty easy to do if you’re handling a single 4K stream. But the Super Bowl broadcast will have to handle data coming from a hundred different sources, from cameras on the field, to drones, to big broadcast cameras pointed at the commentators.

“When we’re doing a football game that is somewhere north of 100 cameras, there’s no possible way we can do this in 4K,” Michael Drazin, a broadcast engineering consultant working for Fox, told Digital Trends…

Instead, nearly all the cameras will shoot in 1080p HDR. A few cameras will shoot in 4K and 8K, giving the broadcast’s directors the ability to crop and zoom in and without needing a big zoom lens. Then it will all be converted to a 4K HDR stream for 4K broadcasts, and a 720p SDR stream for terrestrial channel broadcasts.
Digital Trends is still calling it “the most grandiose single-day sporting spectacle of the year.”