I want to tell that Can I use my mobile hotspot to do port forwarding. If it is possible can you give me the detailed steps to do it…

Serveo.net which can be used to port forward from your Android device or PC(Obviously you will need an interface like termux on your Android device). This service uses SSH to forward TCP ports. The best thing about Serveo is, in order to use it doesn’t require any installation or signup.

You can configure it for Port forwarding .

Fire up your Kali Linux machine and open up the terminal. Here we have an Apache2 local web server and we want to host it over WAN. If you have an apache local server too, run it by the command service apache2 start .

Now its time to host the server over WAN. Simply copy the command from below.

Replace the port and localhost with your port number and local IP address. Now hit enter and you will get a custom URL from Serveo. That’s it! you can now access your server from outside your network through that URL. 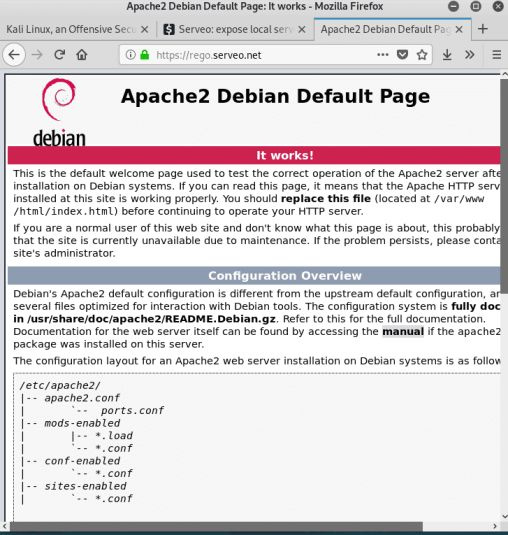 And the below screenshot from an Android device outside the network. 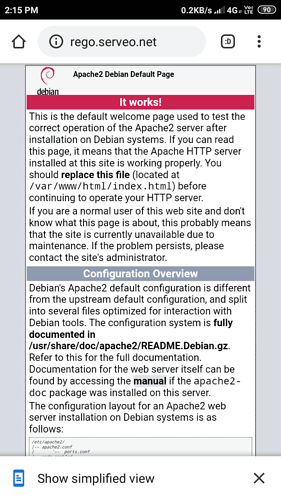 If you don’t like the subdomain or it doesn’t look genuine, you can set a custom name according to your choice. To do that, simply give the command ssh -R subdomain:port:localhost:port serveo.net . It will give you a new subdomain.

Here you can see in the screenshot, we got a new subdomain.

Basic commands for advance use:

There are so many students out there who don’t have a router or can’t afford a good router. Port forwarding is very important in the field of Ethical Hacking or Penetration testing. You can’t go to the next level if you can’t port forward.

These methods or services help people like you or like us. Also, don’t underestimate this service. These are used by professional hackers too! Why? well, guess!

3 Likes
My torrent upload speed is ZERO! I cant seed any torrent