[SOLVED] how to save mobile data in ubuntu

i use limited Mobile data plan . how i save mobile data in ubuntu…please help

WonderShaper is saviour for you.

WonderShaper is a Command-line utility for limiting an adapter’s bandwidth. 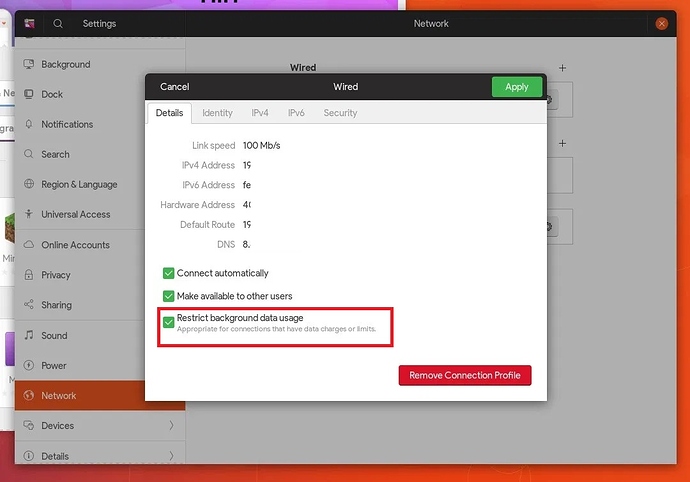 you can also install Gufw Firewall and block unwanted port.

Hope this will help you
Thanks

To limit bandwidth used across the entire system isn’t too hard.

For limiting which programs can use the network, you’d want to run them inside some kind of container/sandbox that prevents network access completely. firejail, with custom settings, or normal lxd/lxc Linux containers can do this.
If you disable automatic things that use networking, like automatic APT updates and upgrades, then those won’t abuse your connection. It would probably be best to setup network monitoring and watch how things are used, when for a few weeks to get an idea of where the effort to restrict network access is most important. Web browsers, email and backups is where I’d start.

GUFW (graphical tool instead of iptables).

I hope it works!