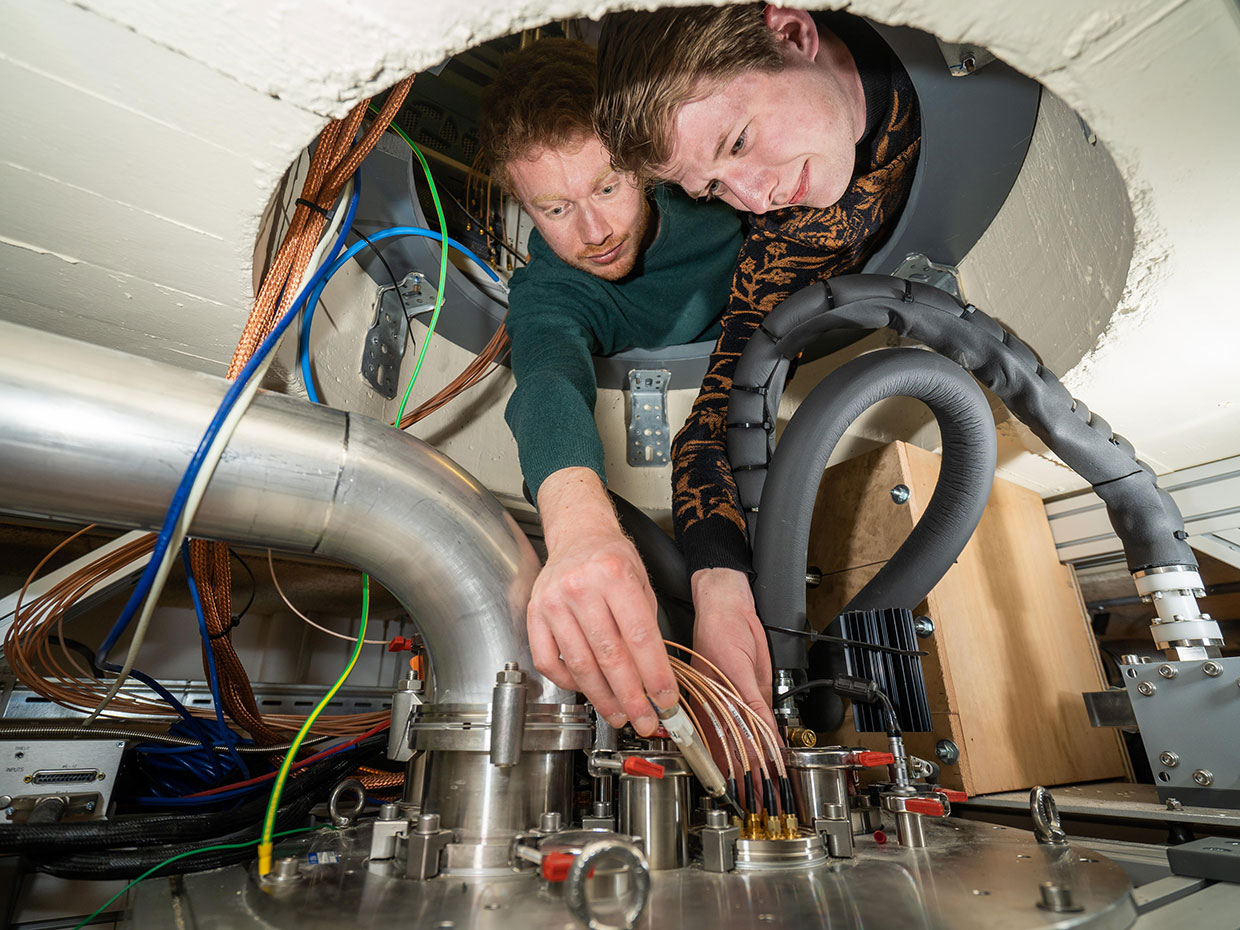 “The ability to work at higher temperatures is key to scaling up to the many qubits thought to be required for future commercial-grade quantum computers…” HongWen Jiang, a physicist at UCLA and a peer reviewer for both papers, described the research as “a technological breakthrough for semiconductor based quantum computing.” In today’s quantum computers, qubits must be kept inside large dilution refrigerators at temperatures hovering just above absolute zero. Electronics required to manipulate and read the qubits produce too much heat and so remain outside of the fridge, which adds complexity (and many wires) to the system…

“To me, these works do represent, in rapid succession, pretty big milestones in silicon spin qubits,” says John Gamble, a peer reviewer for one of the papers and a senior quantum engineer at Microsoft. “It’s compelling work…” Moving forward, Gamble is interested to see if the research groups can scale their approach to include more qubits. He’s encouraged by their efforts so far, saying, “The fact that we’re seeing these types of advances means the field is progressing really well and that people are thinking of the right problems.”
Besides Microsoft, Google and IBM have also “invested heavily in superconducting qubits,” the article points out. And there’s also a hopeful comment from Lee Bassett, a physicist focused on quantum systems at the University of Pennsylvania. "Each time these silicon devices pass a milestone — and this is an important milestone — it’s closer and closer to the inflection point.

“This infrastructure of integrated, silicon-based electronics could take over, and this technology could just explode.”