Python For Everybody | Complete Tutorial 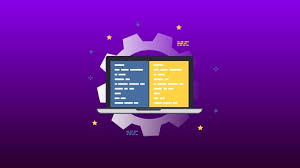 It is quite natural for academics who are continuously told to “publish or perish”to want to always create something from scratch that is their own fresh creation.This book is an experiment in not starting from scratch, but instead “remixing”the book titled Think Python: How to Think Like a Computer Scientist written by Allen B. Downey, Jeff Elkner, and others.In December of 2009, I was preparing to teachSI502 - Networked Programming at the University of Michigan for the fifth semester in a row and decided it was time to write a Python textbook that focused on exploring data instead of understanding algorithms and abstractions.

My goal in SI502 is to teach people lifelongdata handling skills using Python. Few of my students were planning to be professional computer programmers. Instead, they planned to be librarians, managers, lawyers, biologists, economists, etc., who happened to want to skillfully use technology in their chosen field.I never seemed to find the perfect data-oriented Python book for my course, so I set out to write just such a book. Luckily at a faculty meeting three weeks before I was about to start my new book from scratch over the holiday break, Dr. Atul Prakash showed me the Think Python book which he had used to teach his Python course that semester. It is a well-written Computer Science text with a focus on short, direct explanations and ease of learning.The overall book structure has been changed to get to doing data analysis problems as quickly as possible and have a series of running examples and exercises about data analysis from the very beginning.

Chapters 2–10 are similar to the Think Python book, but there have been major changes. Number-oriented examples and exercises have been replaced with data-oriented exercises. Topics are presented in the order needed to build increasingly sophisticated data analysis solutions. Some topics like try and except are pulled forward and presented as part of the chapter on conditionals. Functions are given very light treatment until they are needed to handle program complexity rather than introduced as an early lesson in abstraction. Nearly all user-defined functions have been removed from the example code and exercises outside of

Chapter 4. Th eword “recursion” 1does not appear in the book at all.In chapters 1 and 11–16, all the material is brand new, focusing on real-world uses and simple examples of Python for data analysis including regular expressions for searching and parsing, automating tasks on your computer, retrieving data across the network, scraping web pages for data, object-oriented programming, using web services, parsing XML and JSON data, creating and using databases using Structured Query Language, and visualizing data. The ultimate goal of all of these changes is a shift from a Computer Science to informatics focus is to only include topics into a first technology class that can be useful even if one chooses not to become a professional programmer.