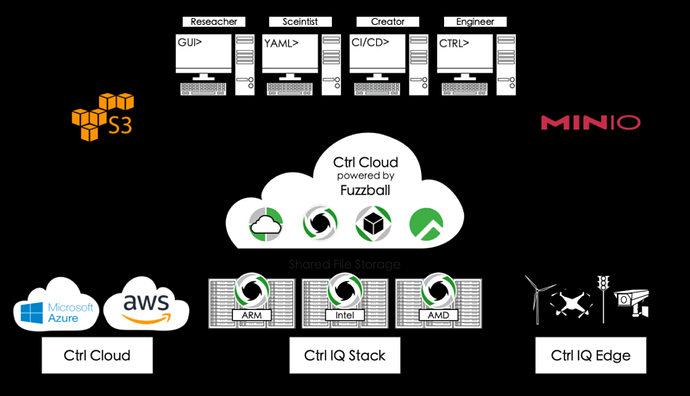 “Gregory Kurtzer, co-founder of the now-defunct CentOS Linux distribution, has founded a new startup company called Ctrl IQ, which will serve in part as a sponsoring company for the upcoming Rocky Linux distribution,” Ars Technica reports:

Kurtzer co-founded CentOS Linux in 2004 with mentor Rocky McGaugh, and it operated independently for 10 years until being acquired by Red Hat in 2014. When Red Hat killed off CentOS Linux in a highly controversial December 2020 announcement, Kurtzer immediately announced his intention to recreate CentOS with a new distribution named after his deceased mentor.

The Rocky Linux concept got immediate, positive community reaction — but there’s an awful lot of work and expense that goes into creating and maintaining a Linux distribution. The CentOS Linux project itself made that clear when it went for the Red Hat acquisition in 2014; without its own source of funding, the odds of Rocky Linux becoming a complete 1:1 replacement — serving the same massive volume of users that CentOS did — seemed dicey at best.
In a statement Ctrl IQ notes the Rocky Linux community was already “in the thousands of people driving the foundation of the organization…”

And as for Gregory Kurtzer, he was “originally basing Ctrl IQ’s stack on CentOS, but he needed to pivot, as did most of the community to something else. Due to the alignment, Greg chose Rocky, and has been asked to help support it.” Ars Technica adds:The company describes itself in its announcement as the suppliers of a “full technology stack integrating key capabilities of enterprise, hyper-scale, cloud and high-performance computing…”

Wading through the buzzword bingo, Ctrl IQ’s real business seems to be in supplying relatively turn-key infrastructure for high-performance computing (HPC) workloads, capable of running distributed across multiple sites and/or cloud providers… Not all of Ctrl IQ’s offerings are theoretical. Warewulf, also founded by Kurtzer, is currently developed and maintained by the US Department of Energy. Anyone can freely download and use Warewulf, but it’s not difficult to imagine value added in consulting with one of its founders…

Ctrl IQ is one of three Tier 1 sponsors identified by the Rocky Linux project, along with Amazon Web Services (which provides core build infrastructure) and Mattermost, which is providing enterprise collaboration services…

Rocky Linux is generally expected to be widely available in Q2 2021, with a first-release candidate build expected on March 31.