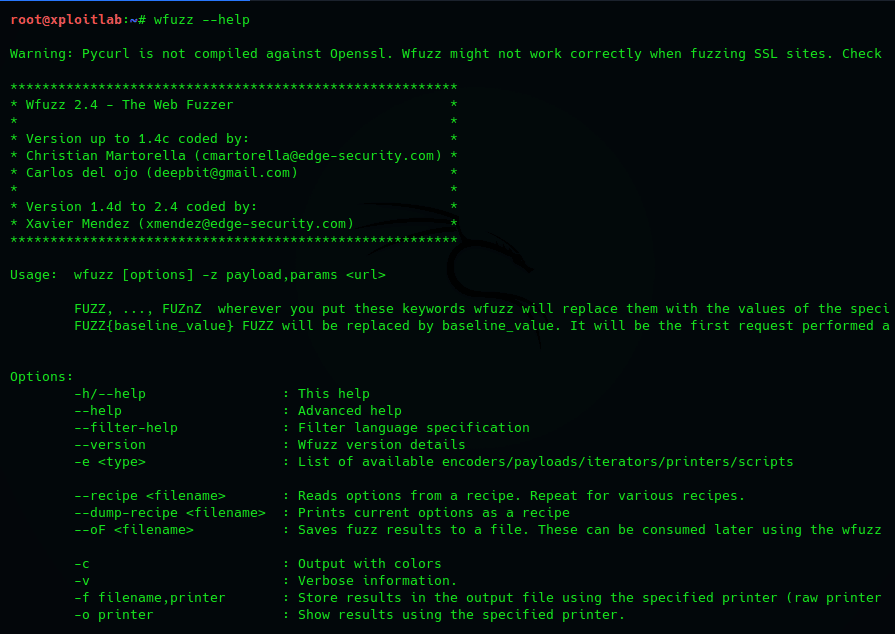 Wfuzz has been created to facilitate the task in web application assessments and it is based on a simple concept: it replaces any reference to the FUZZ keyword by the value of a given payload.

A payload in Wfuzz is a source of data.

This simple concept allows any input to be injected in any field of an HTTP request, allowing to perform complex web security attacks in different web application components such as: parameters, authentication, forms, directories/files, headers, etc.

It was created to facilitate the task in web applications assessments, it’s a tool by pentesters for pentesters

To install WFuzz, simply use pip:

If you do not yet install pip on your machine just type :

Documentation is available at http://wfuzz.readthedocs.io