[Tutorial] How To Block Or Unblock Someone On Tumblr - Step By Step Guide!

The Tumblr blogging social network can be a great tool for connecting with other people with similar interests, but users will occasionally come across those they don’t like and may need to avoid.

Whether you simply don’t like the content someone posts online or a situation has escalated to the point where you’re being harassed or stalked, blocking someone on Tumblr can be a fast and easy way to remove someone from your Tumblr experience. Here’s how to block people on Tumblr.

How to Block Someone on Tumblr on the Web

Blocking a Tumblr user via the Tumblr website is very straightforward and requires very little work. 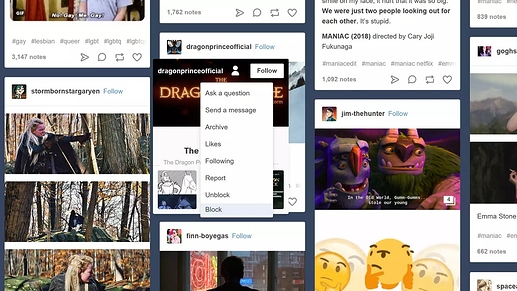 How to Block Someone on Tumblr on iOS and Android

Blocking someone on the official Tumblr smartphone apps is very similar to how it’s done on the web. 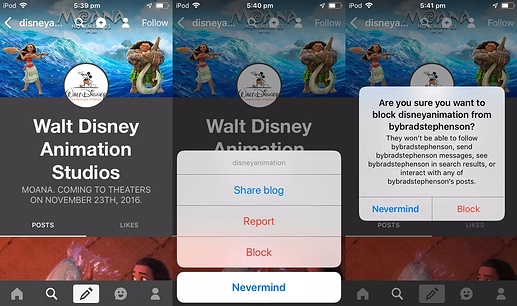 What Happens When You Block Someone on Tumblr?

Blocking someone on Tumblr essentially hides their content from your dashboard and makes it impossible for them to see yours and contact you. Here’s what happens as soon as you block a user on Tumblr.

Can People on Tumblr Tell They’ve Been Blocked?

Tumblr users do not receive a notification informing them they’ve been blocked. They’d only be able to tell if:

Blocking someone on Tumblr will automatically unfollow them so you won’t see their posts on your dashboard timeline. It also prevents you from seeing posts of theirs that are shared by Tumblr users you still follow.

The only way to see content posted to Tumblr by a person you’ve blocked is to visit their blog directly.

How to Unblock People on Tumblr on the Web 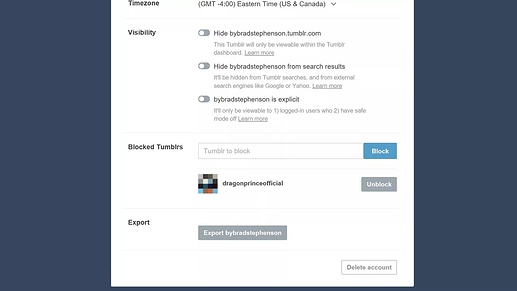 How to Unblock People With the Tumblr Apps 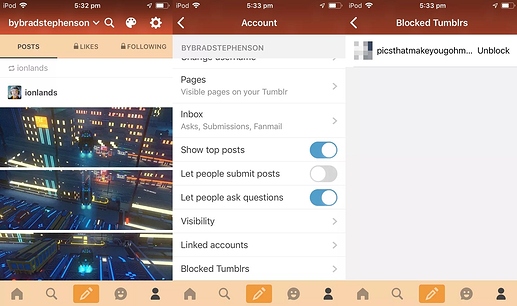