Removed hardcoded API key and Token, use input() instead.

Note: This is simply a proof-of-concept to demonstrate legitimate services as command and control infrastructure and is 100% in alpha dev. Use at your own risk and on systems you’ve been authorized to access. (i.e., wherever the agent lives)

Credits (ideas and concepts inspired by other works): 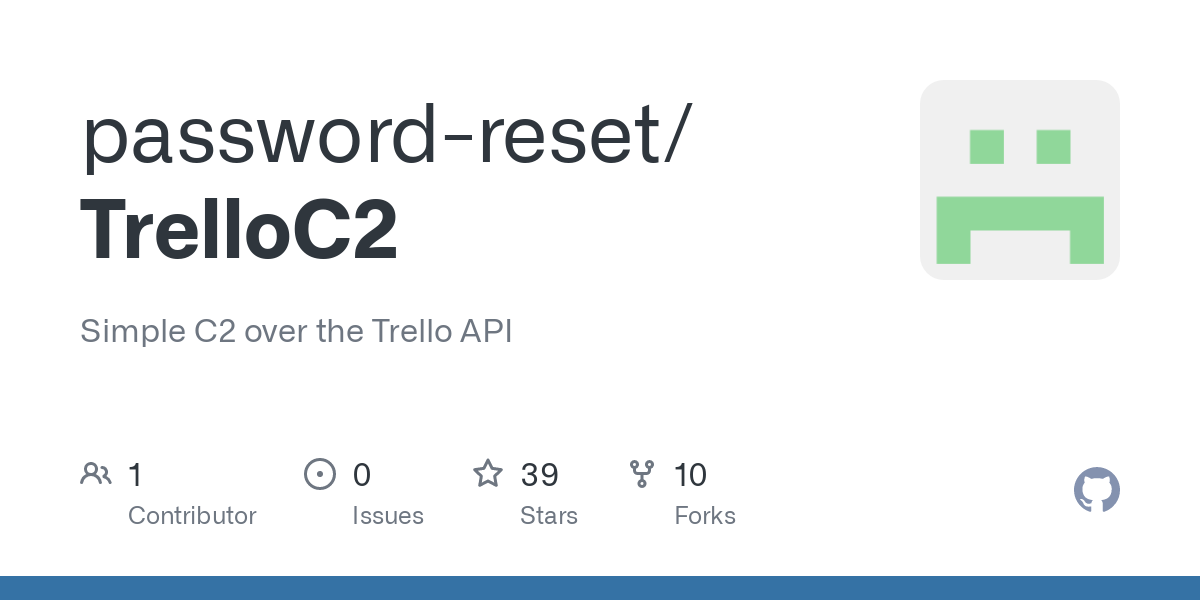 Simple C2 over the Trello API. Contribute to secmode/TrelloC2 development by creating an account on GitHub.