The Perfect Way To Cook Fried Rice, According To Science 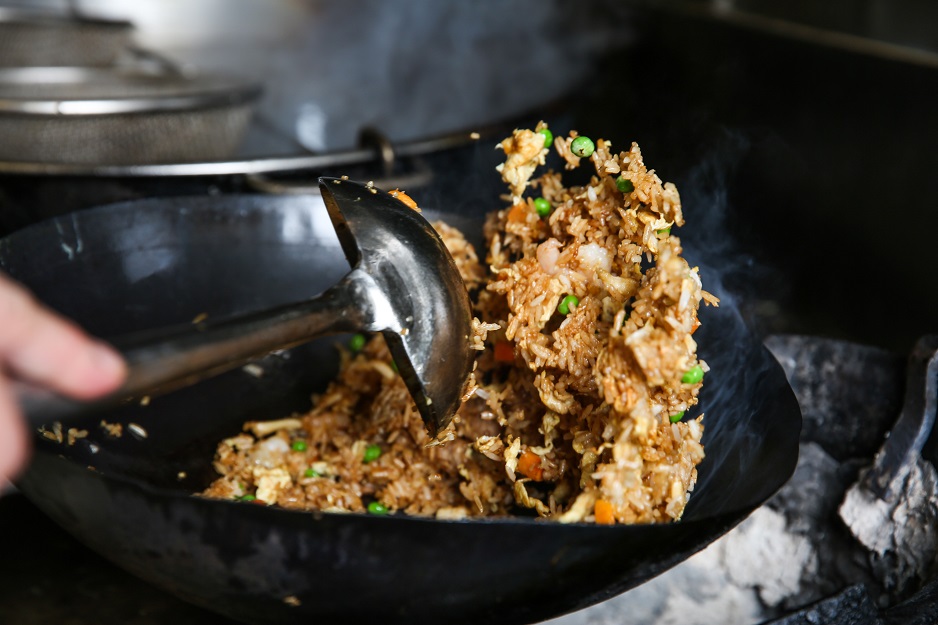 An anonymous reader quotes a report from Food & Wine Magazine: Fried rice is one of those dishes where the name practically tells you how to make it. But the key to cooking perfect fried rice is in the details: not just the ingredients but also the equipment and technique. Traditionally, the dish is made in a wok with chefs continually tossing the rice to avoid caramelization and burning. It led a lab at the Georgia Institute of Technology to wonder, is there an optimal way to cook fried rice? Turns out, yes, and the pros have pretty much nailed it – though the researchers do have a suggestion. Published in the Journal of the Royal Society Interface, the study “The physics of tossing fried rice” delivers on what the title promises – analyzing the technique of five professional chefs to better understand their cooking technique.

[The] research confirmed that handling a wok is tough business. In the technique used by professionals, “The key is using the stove rim as the fulcrum of [a] see-saw motion,” according to the paper, resulting in the rice being tossed at a rapid 2.7 times per second. “We show that the wok is always contacting the stove and getting support from it so that the chef wouldn’t have to lift it,” Hungtang Ko, a PhD student in Mechanical Engineering at Georgia Tech, who co-authored the study, stated. “Most importantly, we show that the wok motions adopted by the chefs are really some sort of optimal [motion] for the rice grains to jump the farthest.” And yet, after developing a mathematical model that successfully described the wok tossing process, Ko and co-author David Hu, the professor who runs the lab, came up with some potential improvements. “Tossing is a combination of two independent motions, a side to side motion and a see-saw motion, allowing rice grains to slide around the wok as well as to jump off the surface,” the conclusion of the paper states. “We identify two critical parameters that chefs can vary: the frequency of tossing and the phase lag between the two motions applied. By filming professional chefs, we found that, at the frequency chosen by chefs, the phase difference performed is optimal for mixing. We suggest that future chefs increase the frequency of motion, which may enable rice to jump further, and promote cooling and mixing.” Ko and Hu point out that 64.5 percent of Chinese restaurant chefs complain of shoulder pain, likely in part to all that wok work.

As a result, Ko believes his research might help “guide the design of robots that can mix granular materials efficiently and rapidly.” He adds: “It also paves ways for designing assistive robotic devices that chefs can wear to reduce the burden from the arm muscles.”