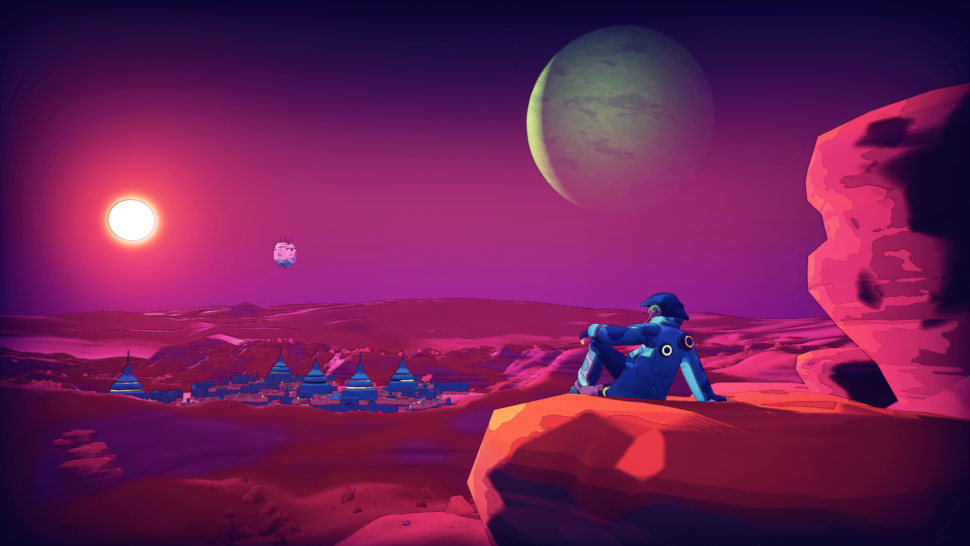 Google Stadia has a “State Share” feature that lets people click on a screenshot or video clip of a game to play the level that was captured – providing they own the game themselves. Andy Kelly reports via PC Gamer:

This week I’ve been playing PixelJunk Raiders, a new roguelike developed exclusively for Stadia by Q-Games, which makes particularly good use of this feature. Levels in this game are procedurally generated, so if the algorithm spits out something especially cool, you can take a screenshot and share it online, letting people experience it for themselves. A small community has sprung up around this feature, with people sharing interesting, challenging, or otherwise interesting levels in public spreadsheets.

There’s also an asynchronous multiplayer element to it. You can go into someone’s game state and drop weapons or handy gadgets like turrets or jump pads, then share the state again, creating a chain of people helping each other. Some players are even using states as supply drops, dumping weapons that you can scoop up then take back to your own missionsâ"which is very handy for PixelJunk Raiders in particular, a game that is both punishingly difficult and frequently stingy with its loot drops. You’ll take any help you can get. Players can also use emotes to silently communicate across these chains. “Only a handful of Stadia games support State Share right now, including the Hitman trilogy,” notes Kelly. “But even at this early stage it’s impressive. Being able to show a friend something in a game and not just say ‘look at this,’ but actually let them play it themselves, feels kinda like the future.”