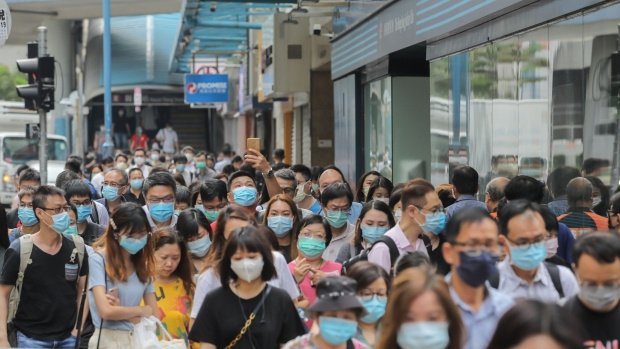 An elderly woman with no travel history. An unexpected flare-up in a nightclub. A swelling cluster in towns near international borders with no discernible source. After containing their outbreaks through measures from strict lockdowns to rapid testing regimes, the Asian economies that have seen some of the most success quelling the coronavirus – Hong Kong, South Korea and China – are now facing resurgences that underscore how it may be nearly impossible to eradicate it. From a report:

It’s a painful reminder that as countries open up again and people resume normal life, untraceable flare-ups are likely – even after an extended lull in cases. Scientists have warned that the disease may never go away, because it lurks in some people without causing any outward signs of sickness. “Given the asymptomatic population, these cases are going to emerge from unexpected sources,” said Nicholas Thomas, an associate professor in public health at the City University of Hong Kong. “It is inevitable that the restarting of societies is going to lead to more cases emerging.” In Hong Kong, a 66-year-old patient with no recent travel history ended the city’s much-envied 23-day streak of zero local cases this week. Some of her family members have now been confirmed to be infected as well, and fears are growing that the woman may have seeded more infections as she moved around Hong Kong’s dense city streets before being detected.