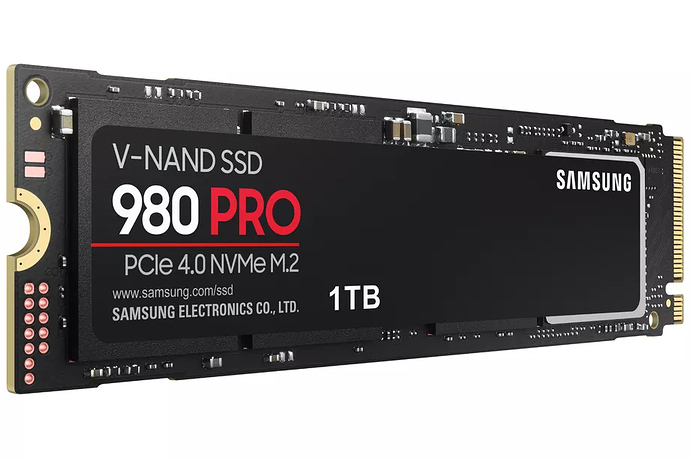 The standout feature of this drive is its compatibility with M.2 slots over the PCIe 4.0 interface. If you have a compatible motherboard, Samsung says the 980 Pro can go on a tear with sequential read / write speeds of up to 7,000MB/s and 5,000MB/s, respectively. It claims that this is two times faster performance than PCIe 3.0 SSDs and nearly 13 times faster than the more affordable but slower SATA SSDs. Of course, to get the best speeds out of this Samsung M.2 drive, you’ll need a compatible motherboard with a PCIe 4.0 M.2 slot. Adoption of the tech is starting to ramp up, including mainstream computing products like AMD’s third-generation Ryzen CPUs, its Radeon RX 5700 and 5700XT GPUs, and more recently, Nvidia’s RTX 3080 graphics card. Sony and Microsoft are also using the technology for their custom SSD technologies in the PS5 and Xbox Series S / X consoles.