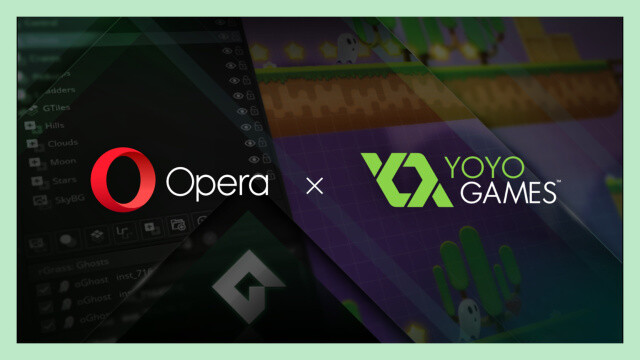 Opera has bought the company for a simple reason: Opera GX. The gamer-focused web browser was launched in early access back in June 2019. Its headline feature is a slide-out control panel that lets you limit the browser’s bandwidth and see which tabs are demanding the most CPU and RAM resources. Opera says it will create a new division, sensibly called Opera Gaming, by combining the Opera GX and GameMaker teams.

“We have always had big plans for improving GameMaker across all platforms, both from the perspective of improving accessibility and further developing the features available to commercial studios,” Stuart Poole, General Manager of YoYo Games said. “And now we can’t wait to see them arrive much sooner.”