OAndBackupX is a fork of the famous OAndBackup with the aim to bring OAndBackup to 2020. For now the app is already fully rewritten, coming up would be making it robust and adding some lengthily planned features which could ease the backup/restore workflow with any device. Therefore all types of contribution are always welcome.

Now on functionality of our App:

And here’s the project’s FAQ.

A combination with your favourite sync solution (e.g. Syncthing, Nextcloud…) keeping an encrypted copy of your apps and their data on your server or “stable” device could bring a lot of benefits and save you a lot of work while changing ROMs or just cleaning your mobile device.

In those groups we discuss the development of the App and test new versions:

Our Code of Conduct applies to the communication in the community same as for all contributers.

If enabled the data backup will be encrypted with AES256 based on a password you can set in the settings, which you’ll have to use when you want to restore the data. This way you can store your backups more securely, worrying less about their readability.

Version 5.0.0 uses new encryption, new databases, fixes most of reported bugs in 4.0.0 and boost the performance to something near the 3.2.0’s. With that said, it’s incompatible with the older versions.

Version 4.0.0 marks a full overhaul of the app structure and thus breaks compatibility with previous versions.

Till the version 0.9.3 there’s been no structural change in how the app handles backup/restore. So you could use that version to restore the old backups, then move to the newest version and renew your backups so that they’ll stay compatible as long as the logic of the app doesn’t radically change.

if you have some kotlin and android knowledge and like to contribute to the project, see the following development document to see what is still need to be done, where a help could be needed or if you’d like to take on one of the fixes.

The communication and each contribution in the project community should follow our Code of Conduct.

OAndBackupX is built with gradle, for that you need the android sdk.

OAndBackupX is licensed under the GNU’s Affero GPL v3.

App’s icon is based on an Icon made by Catalin Fertu from www.flaticon.com

Placeholders icon foreground made by Smashicons from www.flaticon.com

Jens Stein for his unbelievably valuable work on OAndBackup.

Nils, Harald and Martin for their active contribution to the project.

Oliver Pepperell for his contribution to the new anniversary design.

The Translations are now being hosted by Weblate.org.

Before that, translations were done analog/offline by those great people: 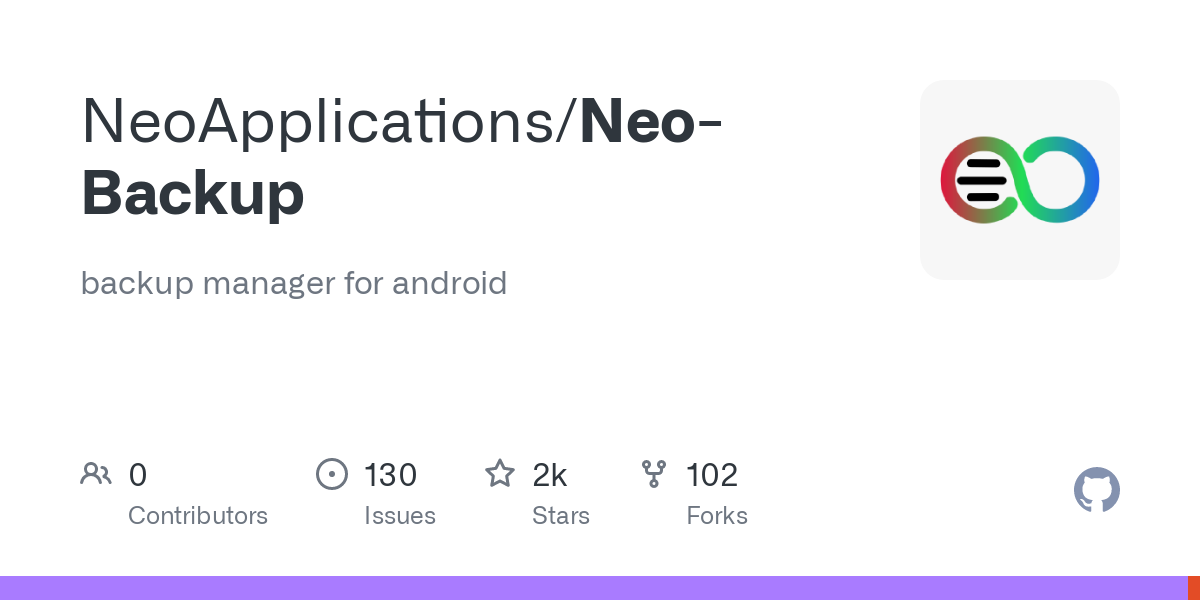 backup manager for android. Contribute to machiav3lli/oandbackupx development by creating an account on GitHub.