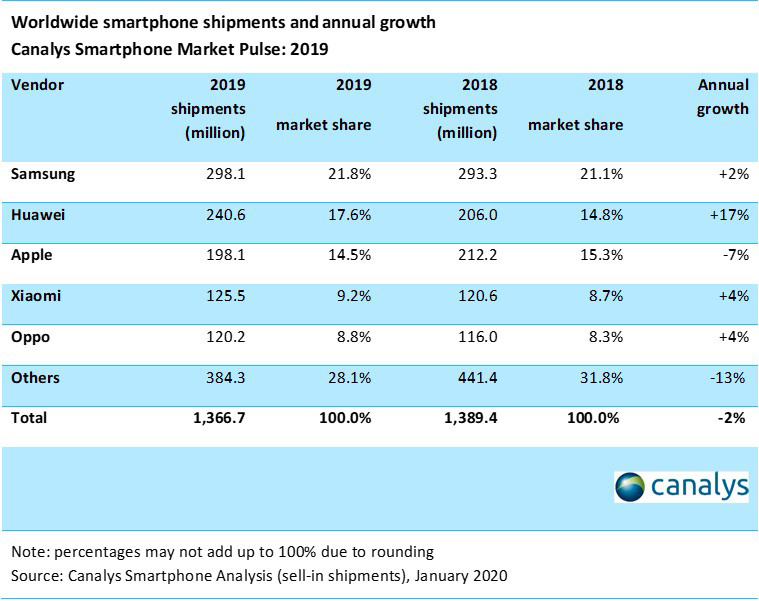 Market research firms Canalys and Counterpoint Research have posted their 2019 global smartphone market share reports. Both reports say the biggest mover is Huawei, which, thanks to a whopping 16-17 percent annual growth, claimed the No. 2 smartphone vendor spot in 2019, behind Samsung and ahead of Apple. Both firms have similar global market share numbers for 2019, with Samsung around 20 percent, Huawei at 16 percent, Apple at 13 percent, and Xiaomi and Oppo around eight percent each. Counterpoint credits Huawei’s success in its hometown of China for its success, saying, “This was the result of an aggressive push from Huawei in the Chinese market, where it achieved almost 40 percent market share.” According to the firm, China makes up 60 percent of Huawei’s shipments.