How To Increase & Fix Macbook Performance! 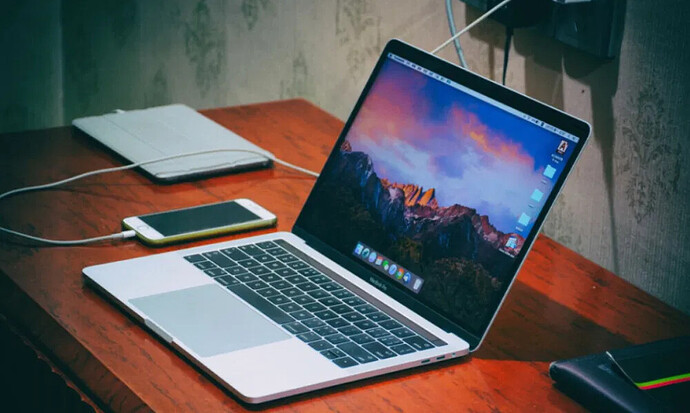 Mac is well known for its better performance features. macOS is quite popular for fixing the problems themselves without any external utility tools helps but nothing is invincible in the world. Your Mac can also have some performance issues as time flies by. There are several reasons behind slowing down your Mac. There might be hardware problems or issues, your mac might be old and there also can be some software issues as some software might be causing some issues because of updates and bugs.

Signs that show your Mac is slowing down

Do not expect to avoid computer performance issues after purchasing a MacBook. Sure, Apple computers are quite reliable and are unlikely to cause too many issues down the line, but some people believe that these devices are superior to other laptops, particularly when it comes to performance problems. Sooner or later, you will run into a problem or two, particularly if you neglect to take proper care of your computer. Let’s take a look at some of the most common MacBook performance issues and methods to deal with them.

First thing’s first – why is my mac fan so loud, and why is the laptop overheating? If these are the questions you find yourself asking while using the MacBook, it means that you have a significant issue at hand. Loud fan noise and overheating are usually the results of too much dust inside the computer. While cleaning the dust on the outside should not be too difficult, taking care of the filth that accumulates inside is a different matter. Hardly anyone would be willing to take the MacBook apart themselves because there is a chance that they will damage the hardware. In such cases, it would probably be best to leave the work in the hands of professionals. Find someone who can clean the MacBook’s dust properly. A local computer shop ought to offer such services. Besides dust accumulation, resource-heavy applications could also be a problem. For example, some video games or video-editing tools may need more memory than your computer can handle, so keep that in mind the next time you launch such an app.

“How to fix Mac Performance Issues [Solved 100%] | 2021 2”)A spinning beach ball may come and go, but if it becomes too persistent, you will need to make some adjustments to your MacBook. The likeliest solution would be to limit background processes. Take a look at Activity Monitor to determine whether your computer’s resources are utilized properly. Cluttering your macOS with too many active apps is not healthy for the system. Besides too many background processes, a spinning beach ball could be the result of a cluttered desktop. If you have a habit of keeping your documents and app shortcuts on the MacBook’s desktop, change that.

A poor internet connection may not necessarily be behind the computer itself. First, you should get in touch with your internet provider and ask whether things are fine from their end. If you rely on a wireless connection, keep in mind that some third-party peripherals could be interfering with the internet. Some examples of such peripherals include microwave ovens and wireless printers. When you confirm that the issue is not with third-party devices or your ISP, tinker with the computer. For starters, restart it. Restarting a computer is a common solution for multiple problems, including poor internet connection. In case restarting does not help, disconnect from the network and reconnect again. And if you still encounter internet connectivity problems, you may need to set up the connection from scratch.

A flickering screen is not that common, but it can still occur. In some instances, you can still use the computer because the flickers are not that frequent. On the other hand, if the issue gets out of hand and prevents you from using the MacBook, you will have no choice but to fix it. As a rule of thumb, a flickering screen on a MacBook comes from incompatibility between the operating system and GPU. If you noticed the problem after updating macOS, you might need to go back to the previous version and wait for a hotfix that will allow you to use the most recent OS without dealing with a flickering MacBook screen.

“How to fix Mac Performance Issues [Solved 100%] | 2021 3”)Despite the durability and longevity, you may have to deal with a poor MacBook battery eventually. If the computer needs charging too often and you find that bothersome, try to tinker with it and make some changes. Begin by limiting background applications and disabling redundant visual effects. The fewer resource consumers there are, the longer the battery will last. Installing updates is also a good idea, given how the most recent versions of both macOS and apps you use usually perform better after receiving an update. Lastly, check for potential malware. Even if MacBooks are quite durable and not prone to cybersecurity threats, the odds of attracting an unwanted virus or malware are still there.

FPS drops while playing video games can get quite annoying and stop you from enjoying this hobby. Yes, MacBooks are not known for gaming, but thanks to the recent hardware upgrades, these computers can run some video games quite well. So what are the likely causes behind FPS drops? For one thing, lack of drive space could be a problem. At least 15 percent of total disk storage should be free. Redundant background apps may also lead to FPS drops.

How to fix mac performance issues

There are some common fixes for the performance issues you are facing. You can try the given fixes to solve your mac slowing down issues.