How To Enable Light Windows Mode In Windows 10 | Personalization

In the new version of Windows 10, there are some new features that can change the appearance of Windows desktop. One of such feature is the ability to switch the color modes of how Windows applications appear. Just like you can switch to light or dark modes for Windows apps, now you can switch between the light and dark modes for Windows. This changes the start menu, the taskbar and the appearance of various parts of windows belonging to various applications.

Here is how you can quickly switch to the light Windows mode in Windows 10: 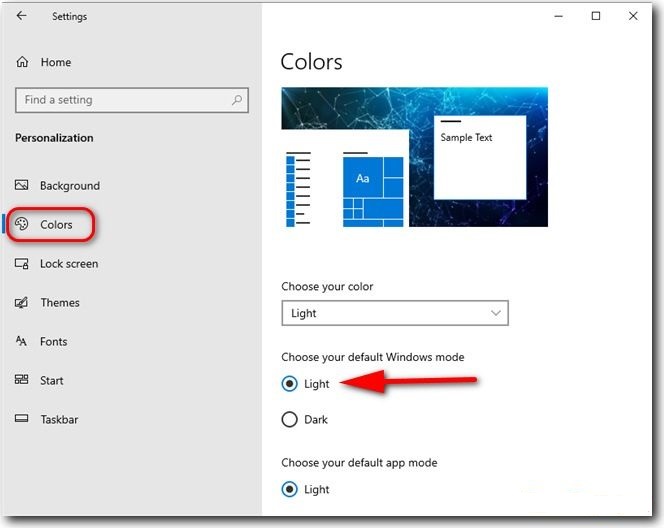 The changes are instant. You will see that the Windows taskbar, start menu, and the notification bar has become light-colored. It makes everything look white which look a bit strange at first but you will get used to it after some time. You can revert back to the dark Windows mode (which is the default setting) by following the same steps and selecting Dark in the last step. 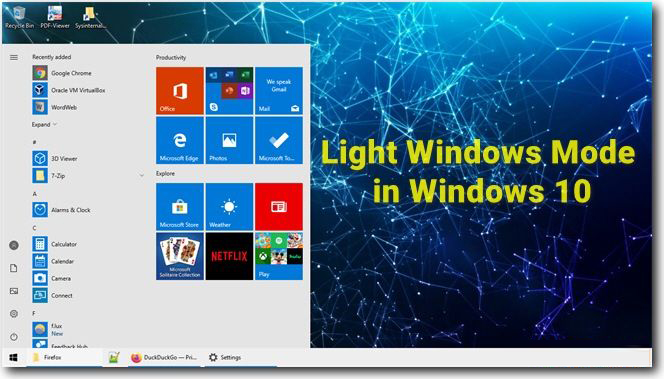 Personally, I prefer the dark mode since it is easier on the user’s eyes. The light mode makes the screen a bit brighter which works well during the day time in a room that is getting sunlight. But in the evening or at night time, the light mode might not be a good idea for the Windows users who have to work for long hours in front of their computer screen.

These settings as seen in these screenshots are available in Windows 10 version 1909 also known as the Windows 10 November 2019 update. If you have been using an earlier version, then you should first upgrade to version 1909 or a later version to access these settings.