How To Create A Bootable Windows USB From ISO On MacOS 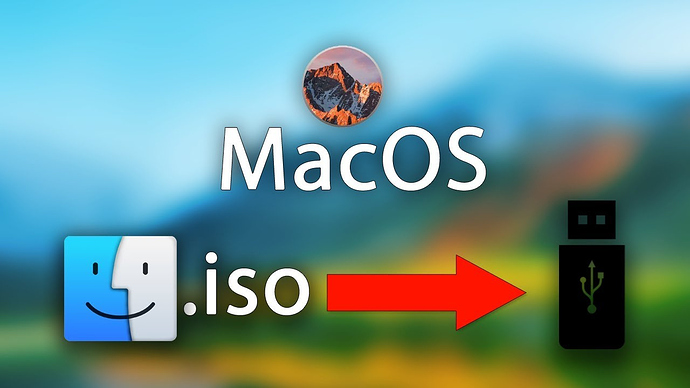 1. First, we need to find our device. BEFORE inserting your USB drive, run the following:

2. This will output a bunch of info about all of the disk drives connected to your Mac. Each entry will have a header in the form “/dev/diskX”, where X is some number starting at 0. Now, insert your USB drive and run the command again. You should see a new entry. Make note of the name (ie, /dev/diskX).

3. Now we need to format the drive for MS-DOS and include a Master Boot Record.
In the command below, replace “diskX” with the identifier of your USB drive.

WARNING: this will delete everything on the USB!!

4. In the command above, MS-DOS is the format of the partition that will be created on the USB. WIN10 is the name of that partition (it’ll appear in Finder as the name of your USB). MBR tells diskutil to create a Master Boot Record, which is necessary for the USB to be bootable.

5. Your Mac will “mount” the ISO as if it was a drive. A Finder window will open to show the contents of the ISO. Close the Finder window; you don’t need it. Back in the terminal, let’s find the mounted ISO:

6. You should see a new entry. This time, we’re looking for what’s in the NAME column. You should see something funny like CCCOMA_X64FRE_EN-US_DV9. The name will differ depending on which ISO you downloaded. Make note of the diskX identifier as well. Now, let’s cd to the ISO:

And copy all the files over to our USB:

7. This will take a while; there’s a lot of data (4+ GB). Grab a drink; relax. Once it’s done, you can eject both the USB and the ISO. First, cd to another directory otherwise OSX will not allow you to unmount the ISO (since being in the directory means the ISO is “in use”):

8. Eject the USB using the diskX identifier from the second step above:

9. Eject the ISO using the diskX identifier from the fifth step above:

Depending on how new your computer is, you may see the USB twice: once with UEFI in front of the name, and the other without. If you see the UEFI option, select that.