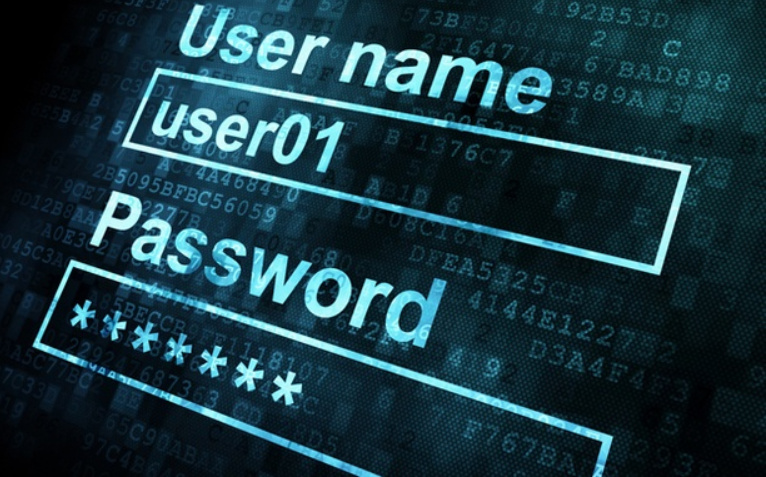 Why are proxies important:
Proxies are important because without them, youâ€™d be limited on how many attempts you can make while checking passwords. This isnâ€™t the case for ALL sites but for sites with a check limit, you will need to get some proxies if you expect to check a significant amount of lines.

HTTP Proxies:
HTTP Proxy routes HTTP requests from a Web browser to the Internet, while supporting the caching of Internet data and these proxies can be split into 3 categories: Transparent, Anonymous, Elite. Iâ€™ll quickly give you a basic understanding of each.

-Transparent HTTP Proxies:
As the name suggests, these proxies will show pretty much everything that you donâ€™t want shown while cracking, such as your real IP address and other personal information. While these proxies WILL work, itâ€™s suggested to avoid them for obvious reasons. You may feel more comfortable using transparent proxies if your machine is already connected to a VPN but otherwise, just avoid using them when possible.

-Anonymous HTTP Proxies:
While these proxies will keep your local information anonymous like the name suggests, the website you are checking will be informed that you are using a proxy so sometimes these wonâ€™t work on sites with higher levels of security.

-Elite HTTP Proxies:
These proxies are what you are going to want to focus on the most since they not only protect your local identity, but they also tell the site you are checking that itâ€™s a real IP that is visiting instead of pointing out that you are behind a proxy. While these are the best option to use for cracking, they are also the hardest to find for free.

SOCKS Proxies:
A SOCKS proxy is a general-purpose proxy, that establishes a TCP connection to another server on behalf of your machine and then routes all the traffic back and forth between your machine and the server. There are two types of SOCKS proxies and those are SOCKS4 and SOCKS5 which I will now cover in short detail like I did for HTTP.

SOCKS4 or SOCKS Level 4:
This level of socks only supports TCP application and while these proxies work OK for most sites, itâ€™s just best practice to hunt down SOCKS5 lists to use, over SOCKS4 due to their extended range of uses.

SOCKS5 or SOCKS Level 5:
SOCKS5 proxies will support all the grounds socks4 supports but because of the fact that SOCKS5 also supports other authentication methods and domain name resolution, these are the proxies that you are going to want the most of when you can get them.

Difference between Paid / Public Proxies:
The main difference between paid and free proxies is that with paid proxies you are getting higher-quality proxies that arenâ€™t being used by everyone else. By having higher quality proxies, youâ€™ll typically have much faster checks per minute (CPM). If you decide to go with free proxies, there is a chance that youâ€™ll end up using proxies that have already been banned by a site and youâ€™ll either end up with a bunch of retries, or false misses on accounts that would have been valid if you used a better proxy list.

Rotating Vs Non-Rotating:
Once you get into paid proxies, youâ€™ll come across a time when you debate on whether you want to buy rotating proxies, or just regular proxies. As the name suggest, rotating proxies will rotate to different IPs at a set interval or on every request. These are GREAT for sites that have harsh check limits or that ban IPs that have made too many checks.
Something to consider when buying rotating proxies is if the tool you are using or not actually supports rotating proxies or not. This is something that you should ask the developer of the tool about if itâ€™s not publicly listed in any support documents offered.
Tools That Iâ€™ve Used Rotating Proxies Without Any Issues:

IP Locations and Why It Matters:
Sites like Papa Johns, Dominos, Macyâ€™s and a bunch others, require specific IP locations in order to care about the login attempt. If you arenâ€™t using specific IP location proxies, youâ€™ll be left with a bunch of retries since the IP is getting blocked from the server. Region specific proxies can be significantly more expensive to buy, but they are the only option for many sites. Keep this in mind when buying proxies!

There are a handful of different combo list types, but the most common that you are going to come across and need will be Username and Email combo lists. While I wonâ€™t be explaining how to inject databases to create your own combo bases in this guide, Iâ€™ll make sure you have a complete understanding of the two common types and how to make sure you have a better understanding on what to watch for and what to avoid when buying combo lists.

Basics Of Any Combo List:
Combination lists, or combo lists for short are text files with 2 or more parts often separated by a colon or semi-colon. See screenshot below for an example of a few different types common combo lists 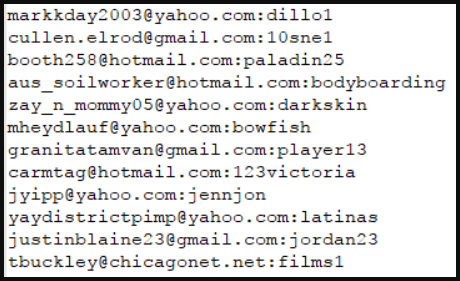 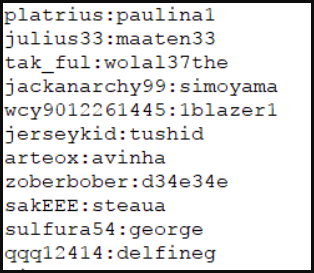 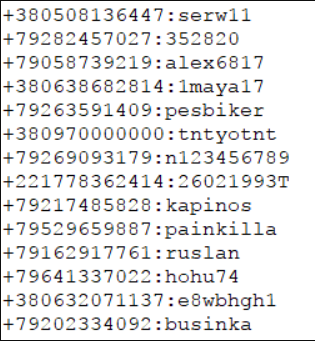 Not All Combo Lists Are Created The Same
Combo lists are mostly (should only be) created from databases, commonly referred to as bases. These databases are often taken from websites with vulnerabilities via SQL injection (SQLi) but there are a few other methods that people go about obtaining/creating combo lists that arenâ€™t likely to score you any real hits at all. One of these methods is called â€œGenerating Combo Linesâ€. I wonâ€™t bother getting into the details of this, since the only thing that matters is that you understand they are a rip-off. It doesnâ€™t matter how cheap these lines are offered to you, just say â€œno thanksâ€ and be on your way.

Public vs Private For Lists and Lines
This is where things get a little tricky. While some people swear by only buying private lines, there are a bunch of others that arenâ€™t as concerned about the public/private rate of their combo list. I will try to explain to the best of my ability the difference of both and why you will often see â€œPrivateâ€ or â€œPublicâ€ used to describe both the list and the lines inside the list.

Private/Public List:
If a list is shared onto a forum, or given out to a handful of members, that list would be considered public, since it wasnâ€™t just given to 1 person to use. A Private list does not always mean that the lines within them are private.

Private/Public Lines:
This is pertaining to the actual lines within the combo list. A public or private line is determined by using an Anti Public tool. Again, just because the lines are currently private does not mean that the list itself hasnâ€™t been shared with others

All of those images are dead for me.

Fixed, thanks for reporting!