popcornfan679 shares a report from Buzzfeed:

Clearview has been touting a “rapid international expansion” to prospective clients using a map that highlights how it either has expanded, or plans to expand, to at least 22 more countries, some of which have committed human rights abuses. The document, part of a presentation given to the North Miami Beach Police Department in November 2019, includes the United Arab Emirates, a country historically hostile to political dissidents, and Qatar and Singapore, the penal codes of which criminalize homosexuality…

Albert Fox Cahn, a fellow at New York University and the executive director of the Surveillance Technology Oversight Project, told BuzzFeed News that he was disturbed by the possibility that Clearview may be taking its technology abroad. “It’s deeply alarming that they would sell this technology in countries with such a terrible human rights track record, enabling potentially authoritarian behavior by other nations,” he said. 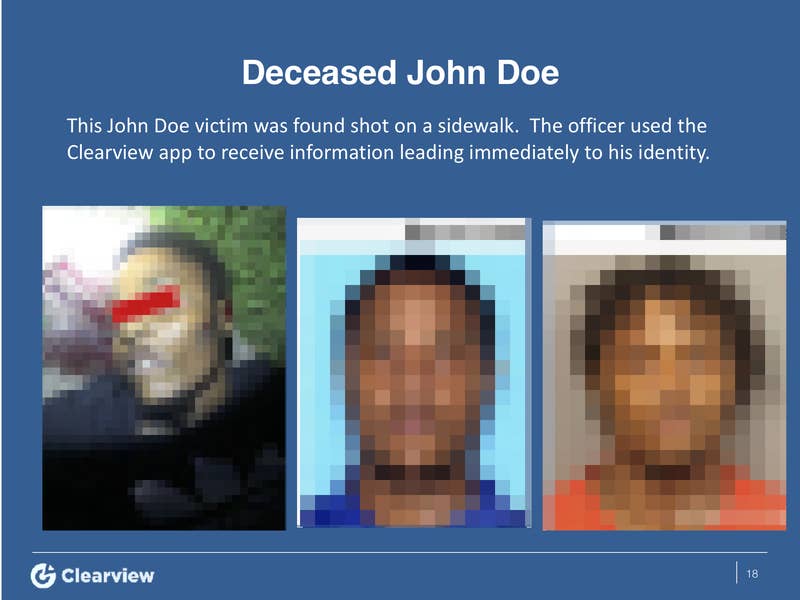 Clearview’s CEO wouldn’t confirm to Buzzfeed whether they were already working in those countries, or hoped to expand into them later, but he did claim that “Many countries from around the world have expressed interest in Clearview.”

But Buzzfeed has also accused Clearview of misrepresenting its work with law enforcement, for example “by falsely claiming a role in the arrest of a terrorism suspect… [I]n at least two cases, BuzzFeed News found that the company suggested it was working with a police department simply because it had submitted a lead to a tip line.”