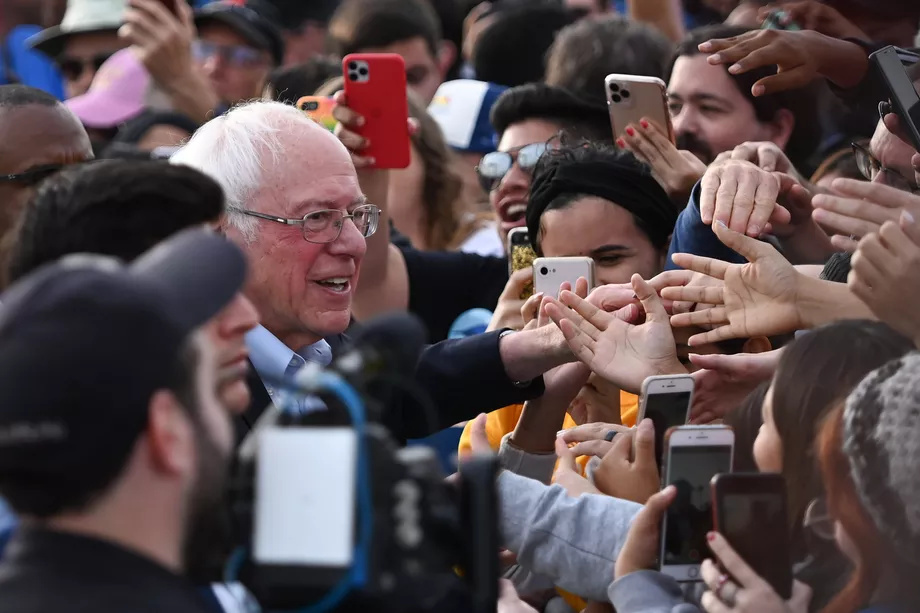 Despite his criticisms of companies like Amazon, Bernie Sanders is raising more money from Big Tech than any other 2020 presidential candidate. From a report: Amazon, Apple, Facebook, Google, and Twitter employees funnelled almost $270,000 into the Sanders campaign during the last three months of 2019, according to new fundraising disclosures filed this weekend. Almost half of that money came from employees of Google, according to an analysis for Recode by GovPredict. Looking at contributions from workers at five large companies doesn’t tell the complete story of Silicon Valley’s financial support. But it offers one concrete way to stack-rank how the “tech industry” – so nebulously defined – is splitting when it comes to political support.