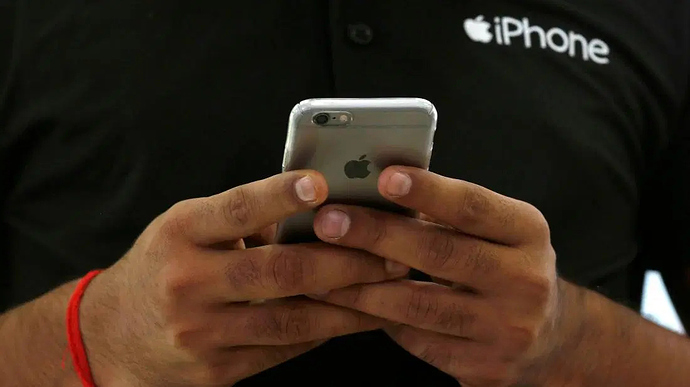 An anonymous reader quotes a report from Quartz: Apple Pay accounts for about 5% of global card transactions and is on pace to handle 1-in-10 such payments by 2025, according to recent trend data compiled by Bernstein, a research firm. “There are indeed plenty of reasons to worry that Apple may attempt to disrupt the payments ecosystem,” Bernstein analysts, led by Harshita Rawat, wrote in a research note. As iPhone sales plateau, the Cupertino-based company is leaning into its services division, which includes Apple Pay. The unit generated $12.7 billion in revenue in the last three months of 2019, a 17% increase from a year earlier. The company’s payments ambitions have the benefit of a massive cash hoard, years of experience in card transactions, and a vast customer base consisting of hundreds of millions of iPhone users.

In the U.S., contactless payments are forecast to increase to $1.5 trillion in 2024, up from $178 billion this year, according to Juniper Research. […] Apple Pay probably won’t pose a challenge to the card giants anytime soon. While the tech company could, in theory, create its own network that runs outside the card systems, Bernstein argues that Apple still needs the card networks, which are ubiquitous and trusted. Visa and MasterCard, meanwhile, are used to dealing with partners (traditionally large card-issuing banks) with the kind of scale that even Apple Pay could muster.