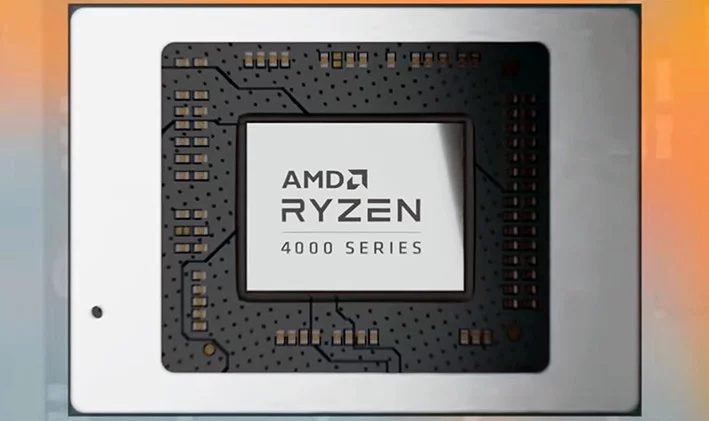 MojoKid writes: Though Ryzen 4000 Series laptop processors aren’t available just yet, some of AMD’s partners are going to begin taking pre-orders for notebooks soon. As such, AMD is lifting the veil on additional details and the architectural enhancements that make Ryzen 4000 Series AMD’s strongest mobile processor line-up to date. AMD Ryzen 4000 series CPUs are based on the Zen 2 architecture, similar to the current Ryzen 3000 series desktop processors. AMD is touting an approximate 25% IPC increase versus Zen 1-based mobile parts, but there are additional benefits that boost performance and efficiency throughout the chips as well. These are monolithic SoCs, with up to 8-cores / 16-threads, that are manufactured on TSMC’s 7nm node. AMD is claiming 20% lower SoC power, 2X the perf-per-watt, 5X faster state switching, and an approximate 3.4X improvement in relative power efficiency, in comparison to its mobile platform from 2015. AMD is claiming superior single-thread CPU performance versus current-generation Intel mobile processors and significantly better multi-threaded and graphics performance versus Intel, thanks to the increased core / thread counts and integrated Vega-based GPU of its Ryzen 4000 series. Battery life performance is claimed be strong as well, due to architectural enhancements for power optimization throughout the Ryzen 4000 design. AMD Ryzen 4000 Series laptops should be shipping in market sometime in the next month or so.