Lists help all of us keep track of things and better manage our lives. There are shopping lists, to-do lists, brainstorming lists, and much more. With how connected people are to their devices, we’ll often find ourselves making these lists on our smartphones or PCs.

However, when lists get so large that they become difficult to manage, it can be a major productivity killer. Pruning and cleaning up lists is important, but also organizing them as they grow. Alphabetizing and otherwise sorting lists is a small investment of time that can save much more time in the future.

In this article, let’s go over five sites that will allow readers to alphabetize and sort lists of text online.

The Alphabetizer is our pick for the best overall solution to alphabetize and organize lists online. The website is easy to navigate, it offers plenty of options, and it can be used in two different flavors: the renewed version or the old version, which some users may prefer. 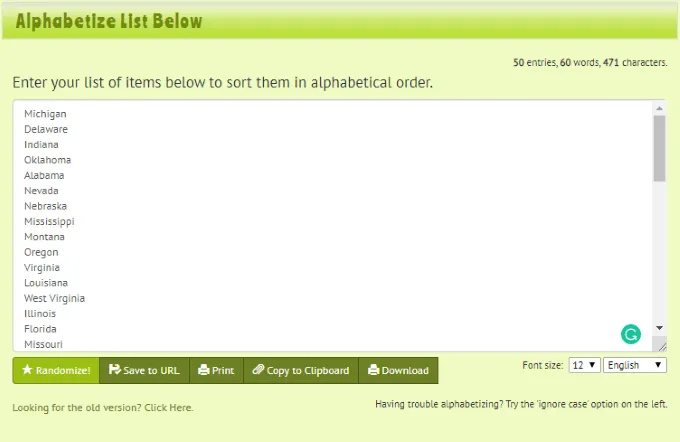 The Alphabetizer supports the following sorting and filtering options: 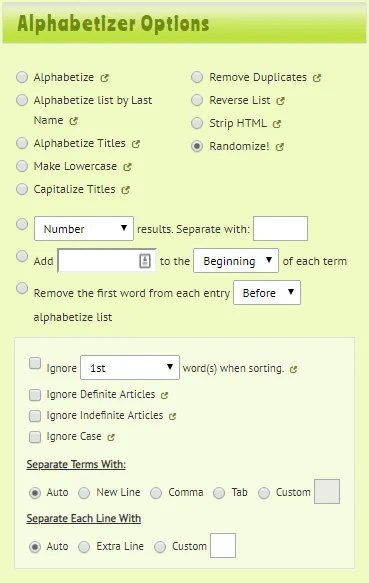 It also supports more complex operations, like numbering each line by number or Roman numeral, adding separators, adding any character(s) to the beginning or the end of each line, removing words, and more.

Using The Alphabetizer, it’s possible to alphabetize lists locally, without saving the data, or users can save lists to a URL to share with others.

As the name states, WordCounter wasn’t originally built as a site to sort and alphabetize lists, but it does offer a great alphabetizer tool.

The ability to ignore definite or indefinite articles is one feature that makes WordCounter’s alphabetizer stand out over other sites. The site also allows users to process lists based on different delimiters, such as newlines, commas, spaces, or any custom character. 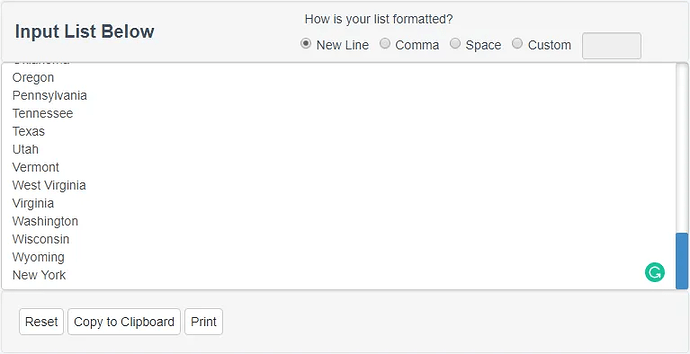 Other than that, WordCounter supports the following sorting and filters options:

If any of these options sound confusing, WordCounter does a great job of explaining each and every one of them at the bottom of the linked page.

EduBirdie is a writing platform with a little-known alphabetizer tool that’s actually quite powerful. It’s clean, concise, and has a majority of the features from other sites on this list, with a few unique ones of its own. 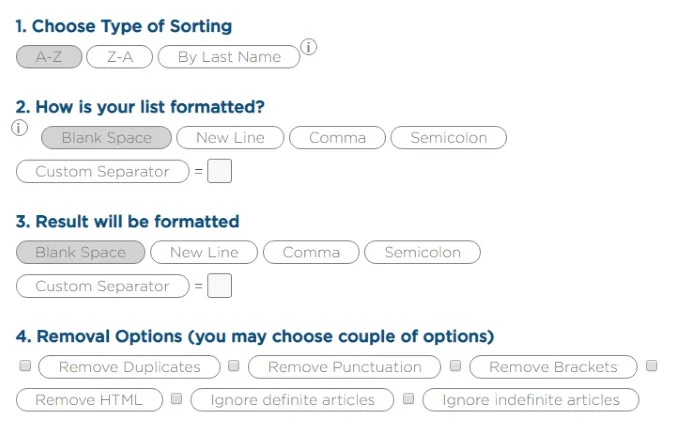 EduBirdie’s alphabetizer allows users to choose their type of sorting, either A–Z, Z–A, or by last name, as well as the input and output formatting: blank space, newline, comma, semicolon, or any custom delimiter.

SortMyList is a breath of fresh air compared to other sites on this list. The site is very retro in appearance, with a UI that resembles something like a desktop application back in the days of Windows XP.

The use of Comic Sans MS is also an interesting touch—but don’t judge a book by its cover: SortMyList is a very powerful alphabetizing and sorting online tool.

SortMyList offers advanced alphabetizing options, allowing users to sort A–Z with special recognition of names, addresses, titles, emails, HREFs, and more. Uniquely, SortMyList can also sort by day of the week and month if such text is detected. 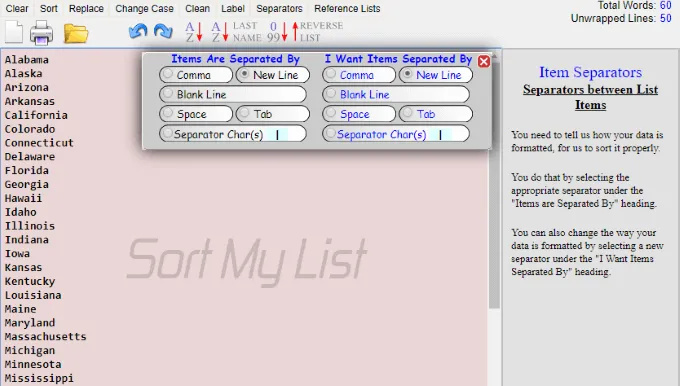 Lastly, sorting by length—this is something that practically every other online sorting tool has left out, but SortMyList supports it.

Despite its quirky design, SortMyList is definitely versatile and useful when it comes to sorting, filtering, and alphabetizing lists.

Gillmeister Software’s online sorting tool is short and sweet. It doesn’t have the bells and whistles of other sites on this list, but it gets the job done if all users need is a quick and easy way to sort lists.

The only sorting options offered are alphabetical and “natural,” which evaluates the value of the contained numbers in each line. Lists data must be sorted by newlines, and users can sort ascending or descending, respecting or ignoring case sensitivity. 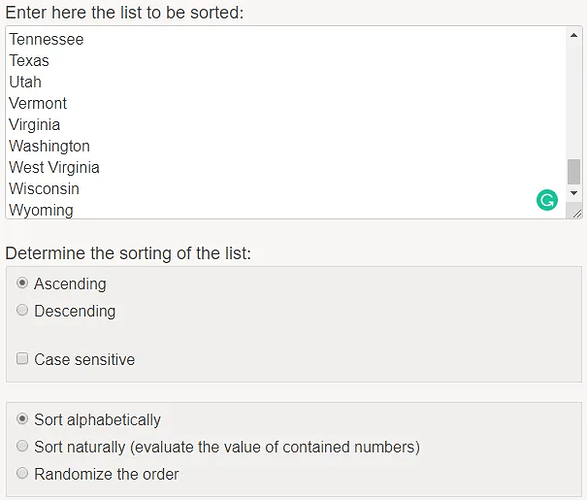 Sometimes less can be more, and for users who are simply looking for a fast and simple way to sort a list in the most basic ways, this tool from Gillmeister Software works great.

Taking the few seconds it requires to sort a list using one of the tools above can save users from a long road of annoyance and wasted time in the future.