4 Rules For Identifying Your Life’s Work ⭐ 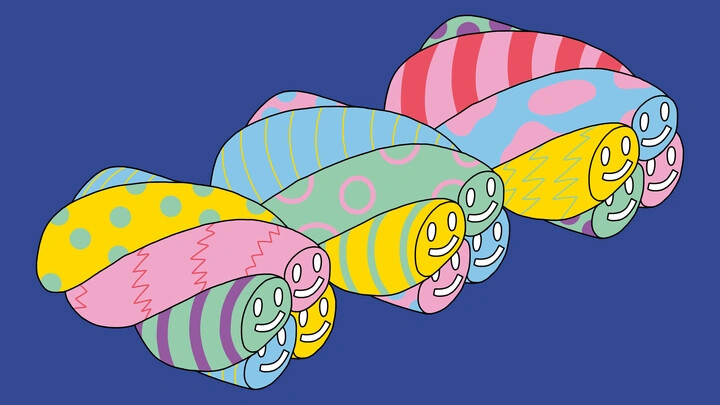 What shape your professional path should take depends on how you define success.

My oldest son graduates from college this month. Graduation is a leap into uncertainty even during ordinary times, and COVID-19 times are far from ordinary. It’s a scary moment to be heading out into the world. But my advice to my son—and to all graduates—remains the same as it would have been without a pandemic: Find your marshmallow.

Maybe that sounds like some groovy ’60s code language for dropping acid or joining a commune, but it’s actually just a nod to a classic social-science experiment. In 1972, the Stanford University social psychologist Walter Mischel undertook a psychology experiment involving preschool kids and a bag of marshmallows. He would sit across the table from each child, take out a marshmallow, and ask, “Do you want it?” Obviously, they did. He told them it was theirs—but there was a catch. He was going to leave the room for 15 minutes. The child could eat the marshmallow while he was gone, if he or she wanted. But when the researcher came back in, if the first marshmallow was still there, the child would get a second one.

Mischel found that a majority of the kids couldn’t wait, and gobbled up the marshmallow when he left the room. He followed up on the children in the study, and found that those who were able to delay their gratification found greater success as they grew up: They were healthier, happier, and scored higher on their SATs than the kids who had eaten the marshmallow.

In the years that followed, other researchers pointed out that Mischel’s results were about far more than just willpower; they also involved a child’s family background, socioeconomic circumstances, and other factors. But the implication remained: Good things come to those who wait—and work, and sacrifice, and maybe even suffer.

The question for today’s graduates is not whether they could have passed Mischel’s marshmallow test; they just passed their own version of it by working and sacrificing to get their diplomas. The question is: What exactly is your marshmallow? Do you know what you sacrificed and suffered for? Do you have a professional calling that is worth having deferred your consumption and gratification all these years?

If you are scratching your head, don’t despair—you don’t have to find an answer immediately. Here, I offer four rules to keep in mind to guide your quest.

Rule 1. The work has to be the reward.

One of the biggest mistakes people make in their careers is to treat work primarily as a means to an end. Whether that end is money, power, or prestige, this instrumentalization of work leads to unhappiness. The psychologist Elliott Jaques—famous for inventing the term midlife crisis— once quoted a middle-aged patient as saying, “Up till now, life has seemed an endless upward slope, with nothing but the distant horizon in view. Now suddenly I seem to have reached the crest of the hill, and there stretching ahead is the downward slope with the end of the road in sight.” Later, he admitted that he himself was this “patient,” and this was his own lament. He had worked away for years in his career to get some fabulous reward, and then realized that there wasn’t much reward ahead at all, just aging and death.

When your career is just a means to an end, the payoff, even if you get it, will be unsatisfying. Don’t make that mistake. Your work won’t give you joy and fulfillment every day, of course. Some days it will feel pretty unsatisfying. But with the right goals—earning your success and serving others—you can make the work itself your reward.

Rule 2. An interesting career is better than a fun career.

Over the years, I have endured many graduation ceremonies (although I’m sad that my son’s was canceled), and have observed that there are two basic types of speeches from commencement speakers. The first can be summarized as “Go find your purpose.” The second is “Find work you love and you’ll never work a day in your life.” Which one is better advice? Should graduates seek purpose or fun?

A group of German and American scholars sought to answer this question in 2017. They created what they called the “Work Passion Pursuit Questionnaire,” comparing the job satisfaction of people whose primary work goal was enjoyment with those whose primary goal was finding meaning in their work. Across 1,357 people in their sample, the researchers found that enjoyment seekers had less passion for their work and changed jobs more frequently than meaning seekers.

This is just an example of the age-old debate over two kinds of happiness that scholars refer to as hedonia and eudaimonia. Hedonia is about feeling good; eudaimonia is about living a purpose-filled life. In truth, we need both. Hedonia without eudaimonia devolves into empty pleasure; eudaimonia without hedonia can become dry. In the quest for the professional marshmallow, I think we should seek work that is a balance of enjoyable and meaningful.

At the nexus of enjoyable and meaningful is interesting. Interest is considered by many neuroscientists to be a positive primary emotion, processed in the limbic system of the brain. Something that truly interests you is intensely pleasurable; it also must have meaning in order to hold your interest. Thus, “Is this work deeply interesting to me?” is a helpful litmus test of whether a job could be or could lead to your marshmallow.

Rule 3. A career doesn’t have to be a straight line.

Young people today—especially those currently in college and graduate school—have grown up in a culture that worships entrepreneurial success. Vast fortunes have accrued to tech start-up founders in their 20s, and those founders come with a certain mythology. Whether it’s true or not, the entrepreneur is often depicted as having a single abiding passion for which he or she is willing to pay any personal price. Their enormous worldly rewards are portrayed as the ultimate marshmallow.

But this model doesn’t describe how many—perhaps most—happy, fulfilled people have survived and thrived. Scholars at the University of Southern California have studied career patterns and come up with four broad categories. The first are linear careers, which climb steadily upward, with everything building on everything else. The concept of the “corporate ladder” is a very linear one. This is also the model of the billionaire entrepreneur.

But it isn’t the only career model: There are three others. Steady-state careers involve staying at one job and growing in expertise. Transitory careers are ones in which people jump from job to job or even field to field, looking for new challenges. Spiral careers, the last category, are more like a series of mini careers—people spend many years developing in a profession, then shift fields seeking not just for novelty, but for work that builds on the skills of their previous mini careers.

So, which one is best? That depends on you: your tastes, your personality, and your goals. If you crave a super-linear career, that’s okay. Personally, it wasn’t for me. My own career has spiraled more than a pass from Tom Brady. This includes 12 years as a professional classical musician, a decade as a professor, 10 years as president of a Washington, D.C., think tank, and now back to speaking, writing, and teaching. My marshmallow wasn’t any of the specific jobs I’ve held, but rather the professional adventures I have enjoyed, the skills I have gained, and the people who have touched my life.

People often ask why I left the music business.

I had been a serious classical musician since the age of nine, and aspired to be the best French horn player in the world. I went pro at 19, played music I loved, and made a living. But something was never right: I wasn’t very happy. I suffered when I was playing, because I felt I was never good enough. I suffered when I wasn’t playing, because I felt guilty about not practicing. I prioritized music over all of my human relationships.

In retrospect, my love for music was obsessive, and that was the problem. In 2003, Canadian researchers studied 900 people engaged in different activities about which they were passionate, including their jobs. Those with what they called “harmonious passion” for their activity experienced positive mood, good concentration, and a “flow state” while doing it. But they also felt fine when they weren’t engaged in the activity. In contrast, “obsessive passion,” while also characterized by intense interest, featured negative mood and poor concentration during the activity, as well as unhappiness when not engaged in the activity.

This rule refines Rule 3. Yes, look for something in which you are intensely interested. But go further and ask, “Is my interest obsessive, or harmonious? Does this job or career bring out the best in me? Does it make me a happier, better person, or, in pursuing it, am I neglecting other important things life has to offer?”

In sum, this is my advice to my son and all his fellow graduates: You’ve passed the first marshmallow test—you worked, sacrificed, and graduated. Congratulations. But there’s another test that awaits, which is to figure out precisely what your marshmallow is. As you search for it, remember that it might not be what you thought at first, nor what the world is telling you.

Editor’s Note: “How to Build a Life” is a biweekly column by Arthur Brooks, tackling questions of meaning and happiness.