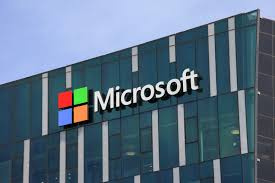 ZDNet reports that there’ll be some changes in Microsoft’s second version of the Windows Subsystem for Linux, WSL2: Microsoft has decided to remove the Linux kernel from the Windows OS image with WSL2. Instead, the company will deliver it to users’ machines using Windows Update. Users will be able to manually check for new kernel updates by clicking the “Check for Updates” button or by waiting for Windows to do this automatically. “Our end goal is for this change to be seamless, where your Linux kernel is kept up to date without you needing to think about it. By default this will be handled entirely by Windows, just like regular updates on your machine,” said Microsoft Program Manager Craig Loewen in a blog post today outlining the coming change…

When Microsoft first introduced WSL in Windows 10 in 2016 WSL was more of an Linux interface at that point designed in partnership with Canonical. But Microsoft has been busy rearchitecting WSL with WSL 2 so that it actually will provide a Microsoft-written Linux kernel running in a lightweight virtual machine that’s based on the subset of Hyper V. Users can put basically any Linux distribution of their choice on that kernel.
Engadget reports that the new version “should load and run faster, with reduced memory consumption to free up your RAM for other tasks.” And they also speculate about Microsoft’s motivations.

“Now that Microsoft is less dependent on Windows sales and more on services like Azure, it benefits when it treats Linux like a first-class citizen.”