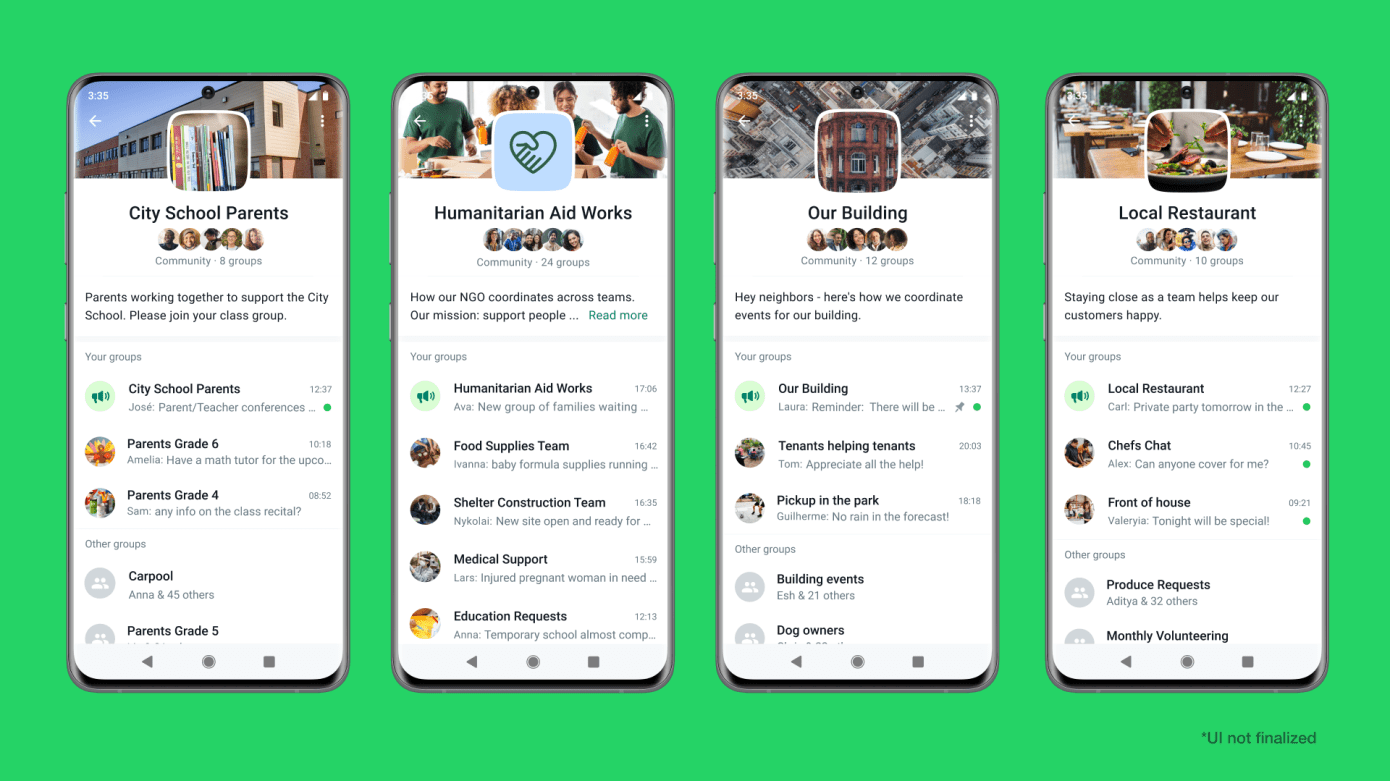 Meta is throwing billions of dollars into building out the metaverse as the future of social networking but in the near term, the tech giant is looking toward the power of messaging to connect users in a more personal way. From a report:

On that front, the company today introduced its plans for a significant update to its WhatsApp messaging app that will allow users to now not only connect privately with friends and family, as before, but also participate in larger discussion groups, called Communities. These groups aim to serve as a more feature-rich replacement for people’s larger group chats with added support for tools like file-sharing of up to 2GB, 32-person group calls, emoji reactions, as well as admin tools and moderation controls, among other things.

The feature has been under development for some time as the next big iteration for the WhatsApp platform, meant to capitalize on the app’s existing end-to-end encryption as well as users’ growing desire to join private communities outside of larger social platforms, like Facebook. In particular, Communities could present a challenge to other messaging apps like Telegram – which has recently become a prominent player in communications related to the Russia-Ukraine war – in addition to other private messaging platforms, like iMessage or Signal, as well as apps like GroupMe, Band, Remind and others used to communicate with groups.

Telegram & Signal were always ages ahead of Facebook’s products. All of these features exists in Telegram, why would users switch to WhatsApp’s?

WhatsApp’s userbase is more significant than the two services you have mentioned. so if they will get a community feature, they won’t be going for telegram

because in telegram too many fake and spam community groups present!