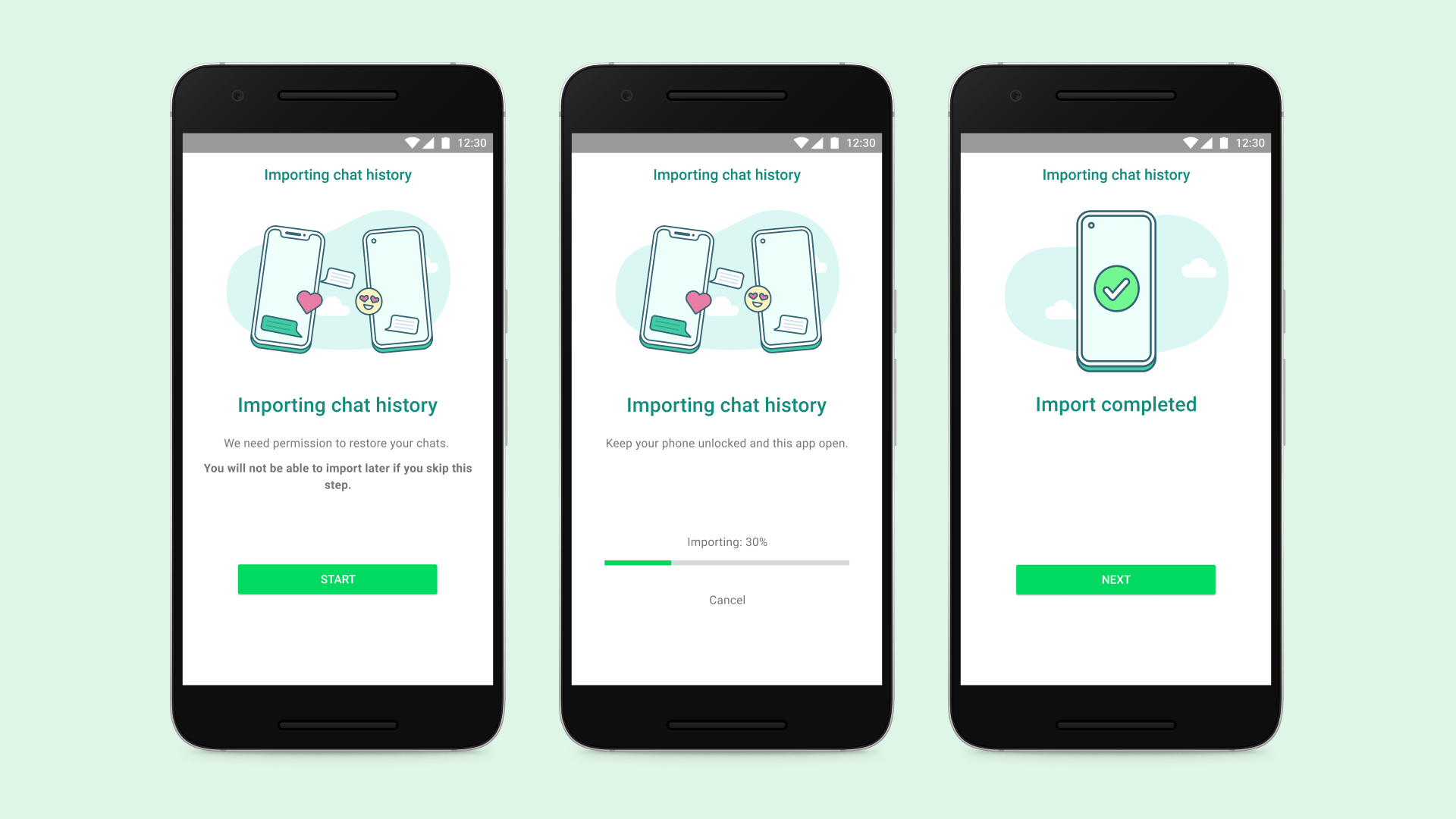 WhatsApp users will finally be able to move their entire chat history between mobile operating systems – something that’s been one of users’ biggest requests to date. From a report:

The company today introduced a feature that will soon become available to users of both iOS and Android devices, allowing them to move their WhatsApp voice notes, photos, and conversations securely between devices when they switch between mobile operating systems.