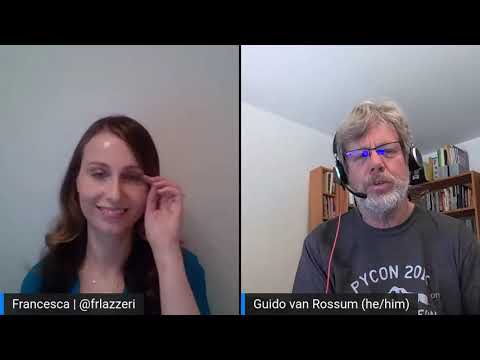 Python’s creator Guido van Rossum shared his opinions on other programming languages during a new hour-long interview with Microsoft’s principle cloud advocate manager. Some of the highlights:

“My understanding is that Julia is sort of much more of a niche language, and if you’re in that niche, it is superior because the compiler optimizes your code for you in a way that Python probably never will. On the other hand, it is much more limited in other areas, and I wouldn’t expect that anybody ever is going to write a web server in Julia and get a lot of mileage out of it. And I’m sure in five minutes that will be on Hacker News with a counterexample.”

“Because JavaScript and Python are relatively similar… Much more so than Python and say C++ or Rust or Java. So we are learning from TypeScript, and occasionally, from my conversations with Anders, it sounds like TypeScript is also learning from Python, just like JavaScript has learned from Python in a few areas.”