Video: Registered Nurse Kicked Out Of Council Meeting By The Police For Speaking About The Danger Of Mandatory Vaccines

If Bill Gates delivers a coronavirus vaccine, Roger Stone said he won’t be taking it.

In an interview with radio host Joe Piscopo on Monday, Stone, a self-described “dirty trickster” affiliated with InfoWars, said he believes Gates “and other globalists” are using the pandemic as a way to place microchips in people and force mandatory vaccinations. 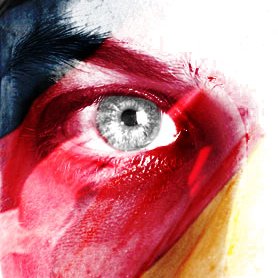 Registered Nurse Kicked Out Of Council Meeting For Speaking About the Danger Of Mandatory Vaccines WAKE UP AMERIKA ...... WAKE UP !!!!! https://t.co/GIS59jBxPQ

Gates has long espoused his belief that modern societies are not prepared for a pandemic and, on Sunday, wrote there needs to be “at least eight potential vaccines for Covid-19” in an editorial for the Sunday Telegraph .

The debate over whether government-mandated vaccinations are legal has consumed parts of the Right as many people are stuck due to mandatory stay-at-home orders from state governments meant to stem the spread of the coronavirus.

The contentiousness surrounding vaccines is heating up again, with possibly even more fervor.

Several parents and community members spoke to the board regarding Murrieta becoming a sanctuary district which would allow parents to choose whether to comply with California’s asinine S-e-x-Ed curriculum & mandated vaccines.

The board refused to even take it to a vote, which was to be expected buuuut they need to know WE put them in those seats and can just as easily take them out of them.

At the end, they opened the floor to comments from the public at which point Sandra got up to speak.

Because they were “done” hearing about this topic they requested that Murrieta PD unlawfully remove her from the room.

Once the officers were aware that Sandra knew her rights and that unless she was breaking a law or penal code that they could not restrain or remove her so she walked back in and finished reading the affidavit.

Will people have their right to choose if they want to take vaccines or not?