uTorrent is the Most Used BitTorrent Client By Far 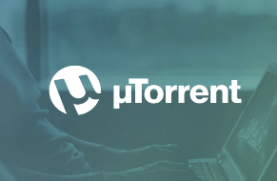 Ernesto, writing for TorrentFreak: With help from iknowwhatyoudownload we looked at over 25 million logged BitTorrent connections on a single day last week. This reveals that more than two-thirds (68.6%) of these were using uTorrent’s desktop version. The vast majority of these users were updated to the most recent 3.5.5 release, but dozens of older versions are in use as well. Although no longer officially supported, there are also hundreds of thousands of people who still use uTorrent for Mac.

The most popular Mac client, however, appears to be Transmission. This is a notable change compared to a decade ago when its market share was much lower. Although Transmission also has a beta Windows release, that userbase is believed to be relatively small. Below is an overview of all software with at least 0.1% market share – which translates to roughly 25,000 logged connections.