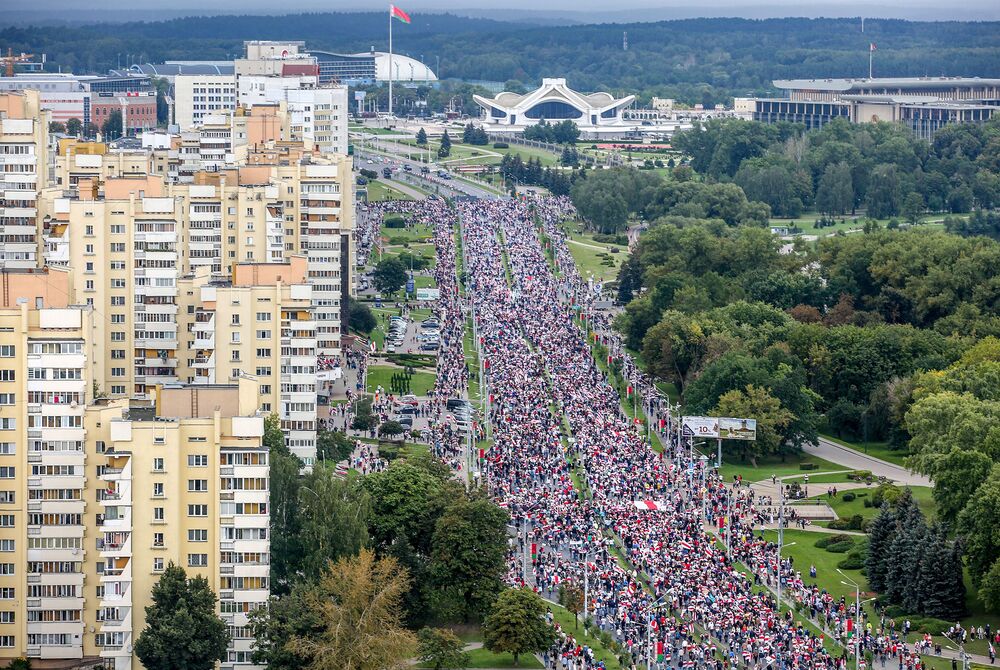 The private-equity-backed technology firm demonstrated its equipment to a government security team in Belarus in May, two people with knowledge of the matter said, and its marketing materials boast of the blacklisting capabilities, according to documents reviewed by Bloomberg. The Sandvine equipment is also used to manage and secure networks, and its website blocking feature can prohibit users from accessing content deemed illicit, such as terrorist propaganda or child pornography, according to the documents. For several days in August, however, Sandvine’s “deep packet inspection” equipment played a central role in censoring social media, news and messaging platforms used by protesters rallying against President Alexander Lukashenko’s re-election, Bloomberg reported last month. On Wednesday, White House Press Secretary Kayleigh McEnany called the Aug. 9 election “fraudulent.”

The documents and product demonstration, as recounted by the people familiar with the company’s affairs, lend added insight into Sandvine’s work in Belarus, showing that company representatives met directly with officials in Belarus and later shipped the equipment, via a contractor, to be installed at data centers in Minsk. Sandvine declined to comment. A company spokesman had previously directed a Bloomberg reporter to its corporate ethics policy, which says that a committee reviews sales to determine the risk of its products being used in a manner “detrimental to human rights.”

During a Sandvine conference call on Thursday, which sought to address employee concerns about its work in Belarus, executives said they had been working with a government organization in the country for more than a year. Sandvine had provided Belarus with technology that is filtering about 40% of all internet traffic moving in and out of the country, the executives said. They said the work didn’t violate U.S. sanctions. A recording of the call was shared with Bloomberg. Alexander Havang, Sandvine’s chief technology officer, acknowledged during the call that Belarus may be using the company’s equipment to block websites and messaging apps, but he said that Sandvine had concluded that the internet, and access to specific material on websites, wasn’t “a part of human rights.”