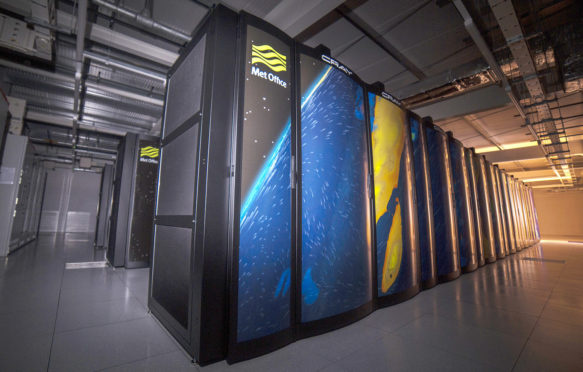 The U.K. said it will spend 1.2 billion pounds ($1.6 billion) on developing the most powerful weather and climate supercomputer in the world. From a report: The program aims to improve weather and climate modeling by the government forecaster, the Met Office, Business Secretary Alok Sharma said in a statement Monday. The machine will replace the U.K.'s existing supercomputer, which is already one of the 50 most powerful in the world. “Come rain or shine, our significant investment for a new supercomputer will further speed up weather predictions, helping people be more prepared for weather disruption from planning travel journeys to deploying flood defenses,” said Sharma, who will preside over the annual round of United Nations climate talks in Glasgow, Scotland, in November. With Britain hosting the year-end climate summit, Prime Minister Boris Johnson is seeking to showcase the U.K.'s leadership in both studying the climate and reducing global greenhouse gas emissions. His government plans to use data generated by the new computer to inform policy as it seeks to spearhead the fight against climate change.