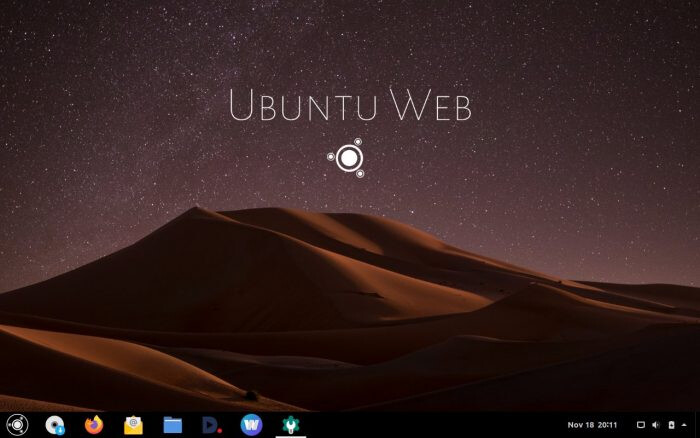 Rudra Saraswat is the creator of the Ubuntu Unity distro (which uses the Unity interface in place of Ubuntu’s GNOME shell).

But this week they released Ubuntu Web Remix, “a privacy-focused, open source alternative to Google Chrome OS/Chromium OS” using Firefox instead of Google Chrome/Chromium. Liliputing reports:If the name didn’t give it away, this operating system is based on Ubuntu, but it’s designed to offer a Chrome OS-like experience thanks to a simplified user interface and a set of pre-installed apps including the Firefox web browser, some web apps from /e/, and Anbox, a tool that allows you to run Android apps in Linux…

You don’t get the long battery life, cloud backup, and many other features that make Chromebooks different from other laptops (especially other cheap laptops). But if you’re looking for a simple, web-centric operating system that isn’t made by a corporate giant? Then I guess it’s nice to have the option.
Rudra Saraswat writes:An easy web-app (wapp) format has been created to package web-apps for the desktop. You can now create your own web apps using web technologies, package them for the desktop and install them easily.

An experimental wapp store can be found at store.ubuntuweb.co, for distributing web apps. Developers and packagers can do pull requests at gitlab.com/ubuntu-web/ubuntu-web.gitlab.io to contribute wapps.