Uber and Lyft Are Creating Traffic, Not Reducing It 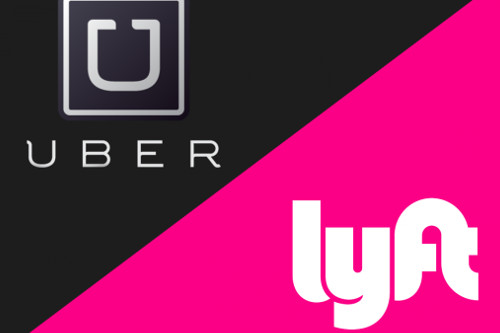 The Wall Street Journal remembers how five years ago, Uber’s co-founder “was so confident that Uber’s rides would prompt people to leave their cars at home that he told a tech conference: ‘If every car in San Francisco was Ubered there would be no traffic.’”

He was wrong. Rather than the apps becoming a model of algorithm-driven efficiency, drivers in major cities cruise for fares without passengers an estimated 40% of the time. Multiple studies show that Uber and Lyft have pulled people away from buses, subways and walking, and that the apps add to the overall amount of driving in the U.S. A study published last year by San Francisco County officials and University of Kentucky researchers in the journal Science Advances found that over 60% of the slowdown of traffic speeds in San Francisco between 2010 and 2016 was due to the introduction of the ride-hail companies…

The reversal of ride-hailing from would-be traffic hero to congestion villain is the sort of unintended consequence that has become a recurring feature of Silicon Valley disruption. Companies seeking rapid growth by reinventing the way we do things are delivering solutions that sometimes create their own problems… Silicon Valley is particularly prone to focusing on positive potential effects of new technologies given a decadeslong culture of utopian ideals, said Fred Turner, a Stanford University communications professor who has written a book on the topic… Tech companies tend to have an engineering-like, narrow focus on solving specific problems, often missing the broader picture as a result. “You’re not rewarded for seeing the landscape within which your device will be deployed,” he said… [I]n hindsight, some of the pitfalls – such as cars cruising empty between passengers – seem obvious…

Riders also take car trips that wouldn’t have happened before Uber and Lyft. Bruce Schaller, a transportation consultant and former New York City official who has studied the topic, said in his paper that surveys in numerous cities found roughly 60% of riders in Ubers and Lyfts would have walked, biked, taken public transit or stayed home if a ride-hail car hadn’t been available.

Good read! finally the truth about congestion is out