Twitter's Reply-Limiting Feature is Now Available To Everyone 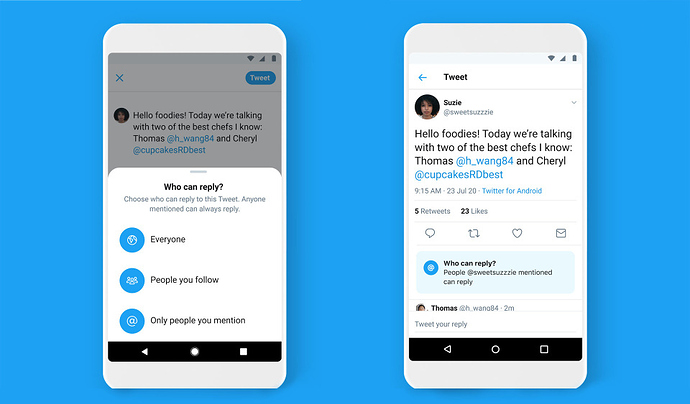 Twitter is making one of its boldest experiments official. After months of testing, the company is bringing its reply-limiting feature, which allows users to control who can reply to their tweets, to all users. From a report:

With the update, which is rolling out now to Twitter’s apps and website, users can choose who can reply to tweets before they send them. The options are everyone, people you follow, and people you mention. If you choose people you mention, but don’t mention anyone in the tweet, it effectively means no one can reply. The settings don’t affect the ability to retweet or quote tweet. The change is one of many experiments Twitter’s run in recent years in order to improve “conversational health,” on its platform. Though limits on replies has been controversial among some users, Twitter has said it’s meant to improve some of the less-than desirable dynamics on Twitter, such as ratios and, of course, the infamous reply guys.