Tips To Help You Fix The Windows 10 Blue Screen Errors

What is a blue screen in Windows? How do you fix blue screen errors? Here are several fixes for this common Windows problem.

The blue screen of death (BSOD) error is something every Windows user runs into sooner or later. It’s a frustrating problem, as it’s often tough to troubleshoot and can pop up out of nowhere.

We’ll walk you through some basic tips on how to fix a blue screen on Windows 10, as well as providing resources for specific blue screen error codes.

What Is a Blue Screen?

In case you’re not sure what a blue screen problem even is, let’s first review this important Windows term.

What’s commonly called a “blue screen of death” in Windows 10 is technically known as a stop error or fatal system error. This occurs when the operating system crashes, meaning that it ran into some issue that prevented it from running safely. When this happens, Windows displays a blue screen with some information about the problem and then restarts. 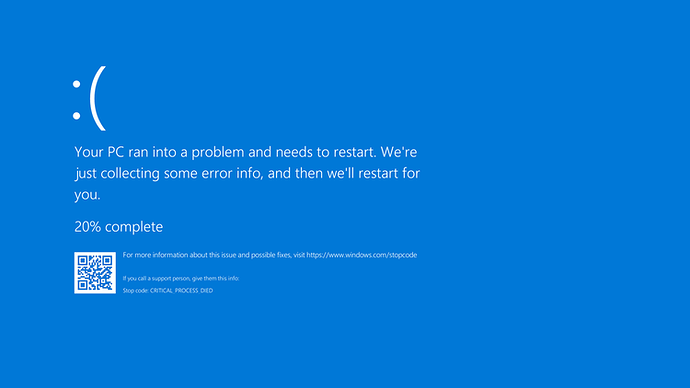 Blue screens can happen for many reasons, which we’ll dig into below. Common BSOD causes include bad drivers, problems with hardware, and operating system errors.

Newer versions of Windows, like Windows 10, are more stable than earlier versions, so you hopefully won’t run into blue screens too often. You should also know that a blue screen occurring one time isn’t necessarily an issue. Sometimes Windows will freak out with a BSOD, then work perfectly fine after you reboot.

Thus, you should only need to dig into the following blue screen error fixes if you continually hit a blue screen.

It’s tough to talk about how to resolve blue screen errors without knowing the specific error you’re hitting. Thus, the best place to start with fixing blue screens is noting the actual problem.

In Windows 10, a BSOD contains a sad face emoticon, along with a simple error message. Below this, you’ll see a link to Microsoft’s blue screen troubleshooting page, a QR code, and a Stop Code field. If you want, you can scan the QR code with your phone’s camera to jump to a Microsoft support page. 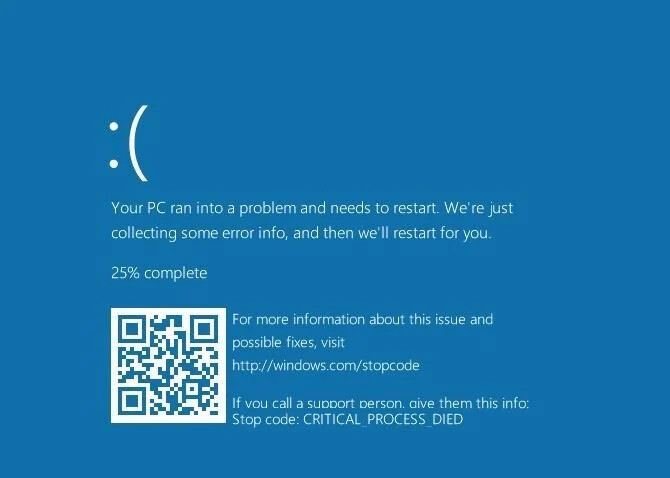 The most important part is to note the stop code listed on the page, which will help you narrow your troubleshooting. If you miss the code initially.

Now that you know what your specific issue is, you can move towards appropriate blue screen fixes. You should follow the mentioned Code error name.

Many times, you’ll start seeing blue screen errors after making a change to your system. Such changes can introduce problematic elements into an otherwise stable environment. Identifying this can help your troubleshooting.

For example, if you just installed a new printer, try unplugging it from your computer to see if the blue screen persists. If you recently ran a Windows update, head to Settings > Update & Security > Windows Update and click View update history.

On the next page with the list, click Uninstall updates at the top and remove the most recent update to see if that solves the problem. 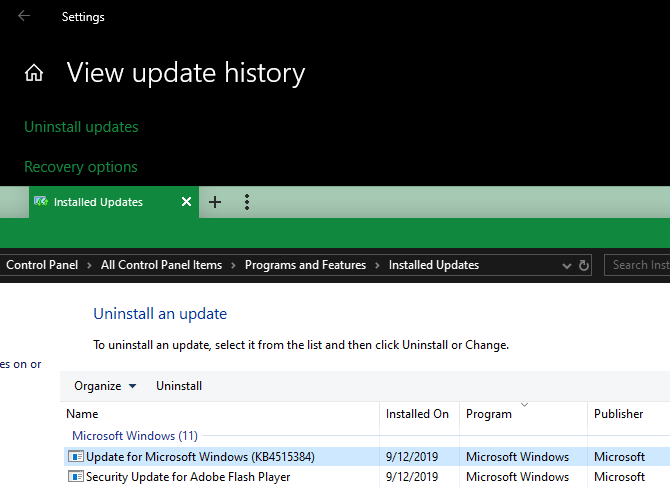 The same goes for software. If you started noticing the blue screens after installing a new program, try removing the app and see if that fixes your issues.

4. Check for Windows and Driver Updates

It’s also important to check your drivers, since they can often be a source of Windows 10 blue screens. Press Win + X (or right-click on the Start button) to open the power user menu. Then choose Device Manager to open that utility.

Here, check for yellow triangle icons on any entries, which indicate a problem with the driver. You should double-check any devices that appear with this, as you may need to reinstall the driver or remove the device.

You can right-click an entry and choose Update driver to check for updates, but this isn’t always reliable. 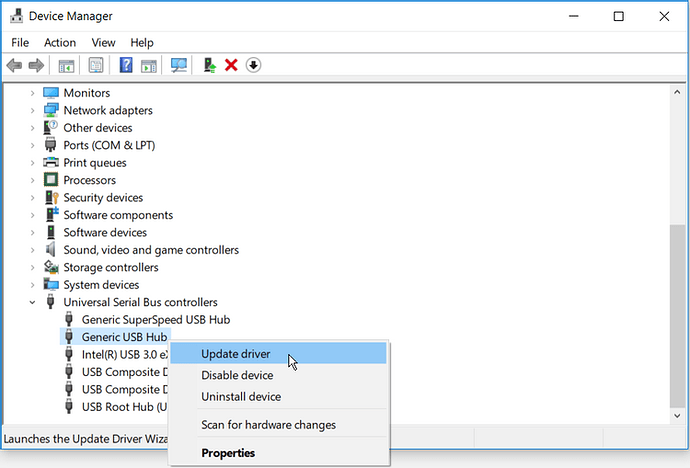 Instead, you should visit the manufacturer’s website and grab the latest drivers from there.

The System Restore feature in Windows allows you to return your system to a previous state. It’s a handy troubleshooting tool, as it’s simple to use and lets you see if your issue is software-based.

Type recovery into the Start menu and open the Recovery Control Panel entry that appears. Here, click Open System Restore to launch the tool. After clicking Next once, you’ll see a list of restore points you can return to. Select one, then hit Scan for affected programs if you want to see what software will change. 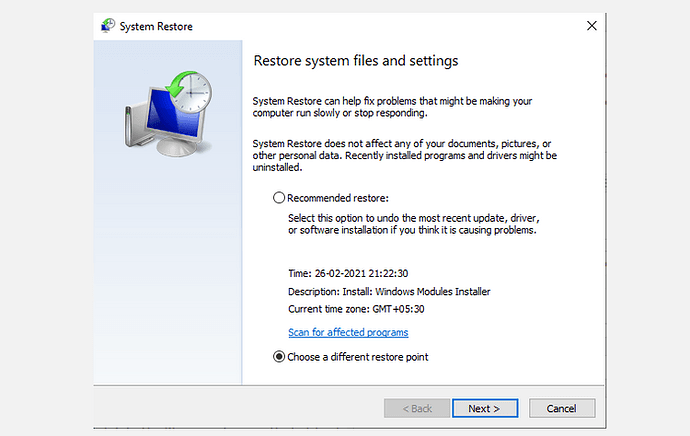 Running a System Restore doesn’t affect your files, but it will uninstall any drivers or software you’ve installed since the restore point was made. In addition, it will reinstall anything you removed since that time.

Confirm your system restore, then you can start the process. This will take a few moments, then you’ll be back to your system like it was at the time. If you don’t get blue screens after this, your problem was likely software related.

Malware can damage your Windows system files and result in a blue screen. You should run a scan for infection to rule out anything like this.

We recommend using Malwarebytes to run a scan. This will look for all sorts of rogue software and remove it for you. If it finds anything, reboot after the cleaning and see if your blue screen errors go away.

If you haven’t figured out why you’re getting a blue screen of death, you should next check your computer’s physical components. Sometimes a failing stick of RAM or similar can result in a blue screen. 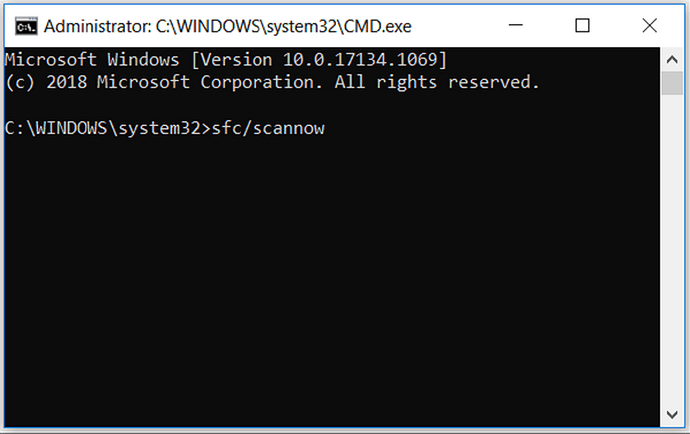 Give this some time to run, and you’ll see the results before long.

Depending on the severity of your issue, you may be able to perform all of the above troubleshooting steps while working in Windows as usual. However, if you have a major issue, the blue screen errors might prevent you from working normally. In that case, you’ll need to boot into safe mode.

Safe mode allows you to load a basic Windows configuration with only the essentials that it needs to run. This prevents third-party apps from interfering with normal operation. If you can work in safe mode without hitting a blue screen, an installed app or service is likely causing the problem.

While in safe mode, you can run a malware scan, use System Restore, and otherwise troubleshoot as we’ve discussed.

For deeper troubleshooting, you can utilize tools that interpret the information Windows dumps after it crashes*.* These are typically only for advanced users. 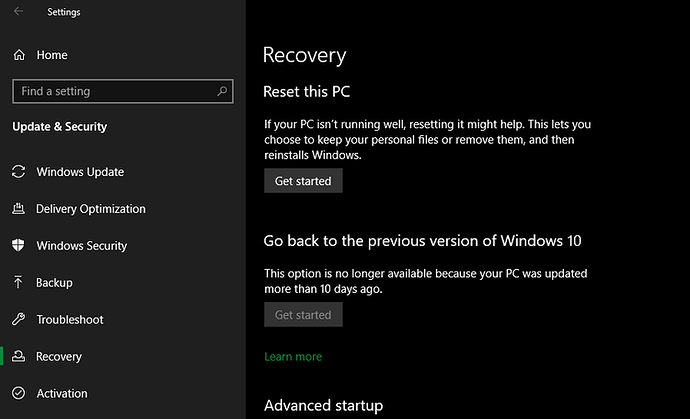 If all else fails, you’ll need to reinstall Windows on your computer. At this point you’ve ruled out drivers, hardware, malware, and software issues, so there must be some deeper underlying problem on your system.

Blue screen errors are frustrating to deal with, especially because they can block you from troubleshooting properly. But after walking through the above tips, you know what a blue screen error is and how to resolve it.

Going forward, it’s smart to watch for signs that your computer is about to crash so you can hopefully prevent these issues from happening in the first place.