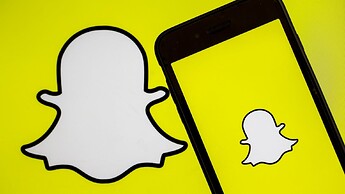 Snapchat streaks, officially called Snapstreaks, are much like Reddit karma: utterly useless in the real world but a source of pride for those who have racked up massive totals.

Whether you’re just starting out on Snapchat or a long-time user who’s been enviously looking at your buddies’ growing their Snapstreaks, you have come to the right place.

This article explains everything you need to know about Snapchat streaks and offers some practical tips to help you maximize your score.

What Are Streaks on Snapchat?

Snapchat primarily introduced Snapstreaks to keep people engaged on its app and within its ecosystem. The app has come under increasing pressure in recent years as Instagram continues to hoover up the company’s userbase via its Snapchat-inspired Stories feature.

We’ll dive into the details later in the article, but at its most basic, a Snapstreak merely means you have exchanged snaps with another user at least once every 24 hours for several consecutive days. You can continue it for as long as you want.

You can see your live Snapstreaks by checking for the relevant emojis alongside your friends’ names in the conversations tab.

Since their launch, Snapstreaks have become quite popular among users. They’ve added an element of gamification to the app; groups of friends compete to see who can rack up the longest streak. You don’t win anything (other than an on-screen emoji), but it’s a fun challenge nonetheless.

Snapstreaks are also a great way to improve your Snapchat score. Running lots of concurrent Snap Streaks will make your score rise rapidly.

What Do the Snapstreak Emojis Mean?

Snapchat is full of emojis; you’ll see them pop up frequently to alert you to relationships, events, and celebrities.

However, there are a handful of Snapchat emojis related to Snapstreaks. These are:

All the Snapstreak emojis are accompanied by a number. It represents the total number of consecutive days for which your Snapstreak has been running. It will reset to zero if you miss a day.

What Are the Snapchat Streaks Rules?

The rules for Snapchat streaks are pretty simple. Both you and your friend must send at least one snap to each other at least once every 24 hours to keep the Snapchat streak running. But alas, there are lots of caveats you need to know about.

There are five Snapchat streak rules to remember:

Tips on How to Start Streaks on Snapchat

However, if you’re hopeful of developing a long streak, half the battle is starting your Snapstreak off on the right foot.

Here are three Snapchat streak ideas that’ll get your new streak off to a flying start:

Not everyone can be bothered to keep a Snapstreak going. Even some of the app’s most avid users might not be interested in sending a snap every single day to the same user. Therefore, it’s important to make sure you find willing participants.

One way of establishing who is up for the challenge is to use some of Snapchat’s features. For example, take a blank photo with the caption “Snapstreak?” and send it to anyone you think would be interested. No one will know how many people you sent it to.

It’s always a good idea to start a streak on a special day (such as your birthday or Christmas). You’re more likely to grab the other person’s attention, get a reply, and keep the other person engaged for the long haul.

3. Focus on People With Whom You Frequently Interact

There’s little point in trying to start a Snapstreak with someone you rarely communicate with. Sure, it can be done, but there’s a high risk that the person will lose interest.

Remember, the first few weeks are the hardest. Once you get to a respectable number of consecutive days, both people are invested in the game, and it becomes easier. The easiest way to get over the initial hurdle is to start Snapstreaks with people to whom you already send lots of snaps.

Tips for Maintaining Your Snapchat Streak

Now that you have established a Snapstreak, here are a few ideas that should help you keep them going for as long as possible.

You don’t need to send high-quality snaps to keep the streak going; no one is judging you. Instead, why not take a blank photo and add a caption that says “Streak”. You can use the same picture every day, and your score will keep going up. It’s one of the simplest Snapchat streak ideas out there

2. Stick to a Particular Time of the Day

It’s better to start your Snapstreaks later in the day, especially if you only plan to send one snap daily.

Doing so means you will see the hourglass emoji for a few hours before your time expires. If you send a snap first thing in the morning, the emoji will only be visible during the middle of the night when you’re not using the app.

The flip side of this argument is that one of the most convenient times to send your snaps is when you first wake up; you could even set a reminder as part of your alarm. You should try whichever approach works for you.

Some of your Snapstreaks might be with people you do not consider your best friends. As such, they won’t appear in Snapchat’s automatic Best Friends list.

The solution is to rename your contacts. Snapchat lets you rename any person in your friends list to help you remember who they are (remember, some people have wacky usernames).

When choosing the new name, add the prefix Aaaa. It will force the name to appear at the top of your list.

If you want to change your Snapchat username, you need to take a different approach.

Sometimes, you might forget who you’re in a Snapstreak with, especially if you’re trying to juggle lots of Snapstreaks at the same time.

Luckily, there’s a way to see your streaks without going to your list of friends. Whenever you’re about to send a new snap and swiping through filters, you will see a special Snapchat streak filter. This will show how many consecutive days you have racked up in big white numbers alongside the flame emoji.

This might seem a bit pointless because talking to people doesn’t contribute to streaks. However, interacting with people increases their interest in staying in touch and they are more willing to continue the streak. The occasional praise of their posts or a good morning streak can help you stay connected as well.

Were you away for some time with no access to your phone, or did you forget to send streaks? Either way, that’s not a problem, as Snapchat allows its users to recover streaks. Users can add an approximate number of what they think the streak was at before breaking, and it will come back if your request is approved.

Whether it’s a special person or your best friend, if you wish to keep them on top, consider pinning their chat. A pinned conversation is represented with a board pin. Users can pin up to three chats.

Possibly the best tip we can give you is to be yourself when sending streaks. Show people what you love and do that on a daily basis with a clear representation of your personality that sparks their interest to continue a streak with you. Be yourself but do not bombard the other person’s phone with notifications to the point that they end up blocking you.

Take Snapchat to the Next Level

Snapstreaks are just one of the many ways that Snapchat offers more than meets the eye. We’ve covered lots of tips and tricks for Snapchat beginners if you are eager to learn more.

And remember, if you want to add more color and life to your Snapchat communications, make sure you use one of the many Snapchat filters available. It’s a great way to add a spark to your chats.