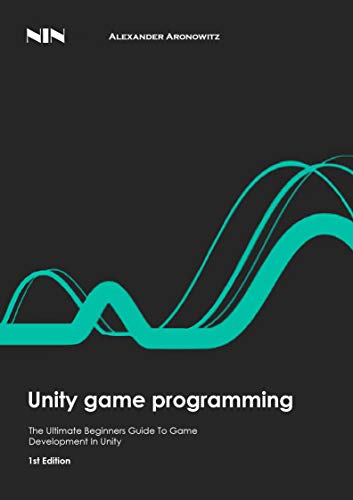 If you don’t know anything about programming in general, writing code, writing scripts, or have no idea where to even begin, then this book is perfect for you. If you want to make games and need to learn how to write C# scripts or code, then this book is ideal for you.

I N T R O D U C T I O N
Unity is a cross-platform development platform initially created for developing games but is now used for a wide range of things such as: architecture, art, children’s apps, information management, education, entertainment, marketing, medical, military, physical installations, simulations, training, and many more.Unity takes a lot of the complexities of developing games and similar interactive experiences and looks after them behind the scenes so people can get on with designing and developing their games. These complexities include graphics rendering, world physics and compiling. More advanced users can interact and adapt them as needed but for beginners they need not worry about it.Games in Unity are developed in two halves; the first half -within the Unity editor, and the second half -using code, specifically C#. Unity is bundled with MonoDevelopor Visual Studio 2015 Communityfor writing C#.

2D OR 3D PROJECTS
Unity is equally suited to creating both 2D and 3D games. But what’s the difference? When you create a new project in Unity, you have the choice to start in 2D or 3D mode. You may already know what you want to build, but there are a few subtle points that may affect which mode you choose.The choice between starting in 2D or 3D mode determines some settings for the Unity Editor -such as whether images are imported as textures or sprites. Don’t worry about making the wrong choice though, you can swap between 2D or 3D mode at any time regardless of the mode you set when you created your project. Here are some guidelines which should help you choose.

MUCH MUCH MORE INSIDE…