Browser
Drive
Mail
Maps
Documents
Youtube
and more alternatives if you have something in your mind.

I believe you want to get rid of Google for privacy,

They’re ranked, so it’s pretty easy to peruse. I recommend just checking it out, but here’s a quick summary:

The list goes on. You should just check out No More Google. 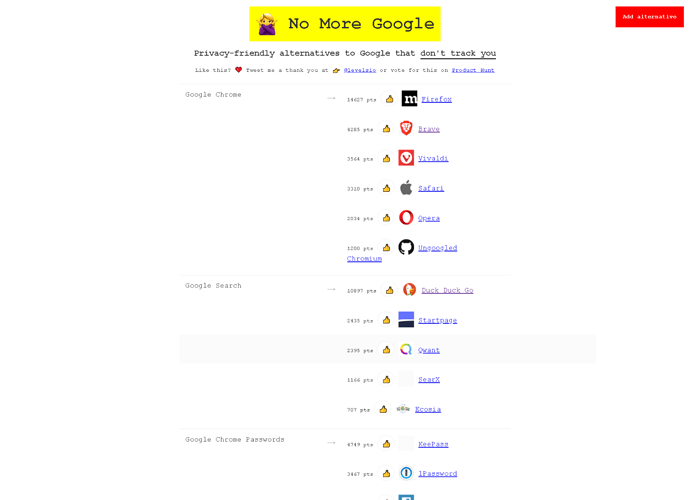 Also, Baidu it is. It’s the most super equivalent of Google. They got their search engine, maps, analytics, news feeds, music, browser which looks pretty similar to Chrome, AI programs and of course a self driving car program too. 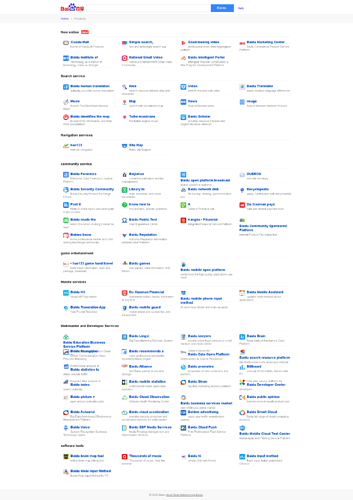 Also, the only alternative to Google Products for Chinese people, which they love too

There is no Official English version of Baidu.

I did a search on Baidu as to why there is no English version of Baidu and some results show that it’s because the servers are used exclusively in China, but I don’t think that’s true as I remember using Baidu in Singapore.

The reason is likely that no foreigner would want to use Baidu as its ability to search English content is extremely weak.

If a foreigner in China (which takes up such a small proportion of the population and is rarely accounted for at all) wanted to use Baidu as Google is blocked, Bing or Yahoo would be better choices.

If a foreigner wanted to use Baidu outside China to search Chinese content then this likely bilingual person would not need an English version of Baidu.

So you see why. An English version of Baidu may be extremely easy to make, but there’s hardly a point in doing so.

You might think Google is probably running the company in the name of Baidu, but definitely nope.