[SOLVED] How to Edit Respon and Request in a Web Page?

Hallo, anybody know how to modify response and request a webpage in chrome. using inspect element? or how?

Allows the user to modify requests as they happen.

To use it, refresh the website and look at the developer tools (left-click -> inspect element). Tamper Chrome will appear in a new tab. See the tutorial here: 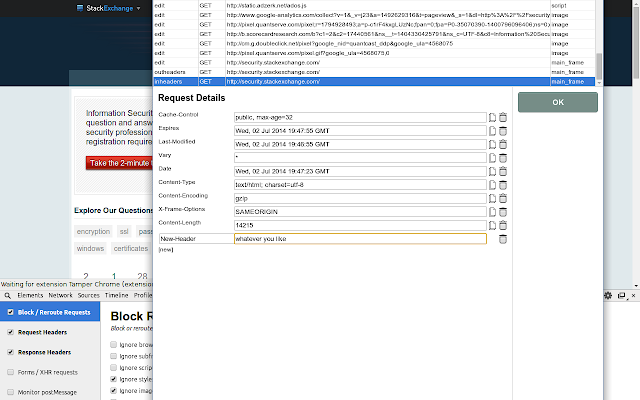 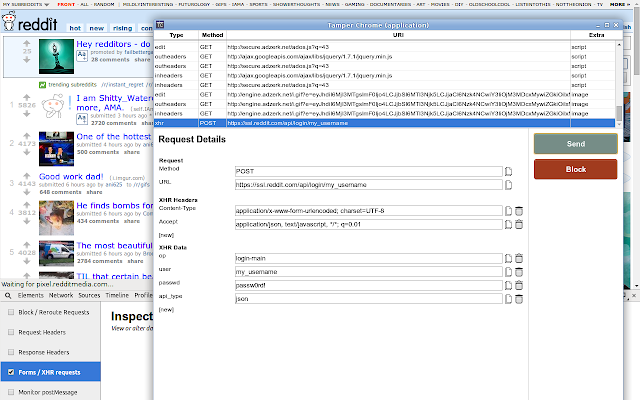 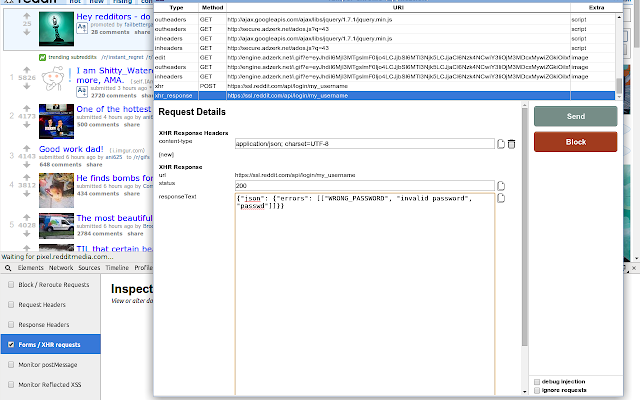 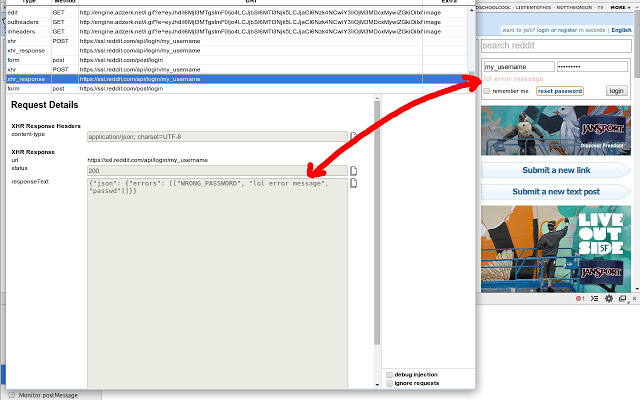 This file has been truncated. show original

Tamper Chrome allows you to monitor requests sent by your browser and the responses. You can also modify requests as they go out, and to a limited extent modify the responses (headers, css, javascript or XMLHttpRequest responseText).

See what websites are sending in the background, modify submissions, switch out scripts, alter AJAX responses, Tamper Chrome puts the power of your browser back in your hands.

Tamper Chrome will prompt you to install its companion application when you first run it.

If you need help go to:
https://groups.google.com/forum/#!forum/tamper-chrome-help

Allows the user to modify requests as they happen.

Shape Security Blog : Intercepting and Modifying responses with Chrome via...

At Shape we come across many sketchy pieces of JavaScript. We find scripts that are maliciously injected into pages, they might be sent by a customer for advice, or our security teams might find a …

I just released a Devtools extension that does just that

It’s called tamper, it’s based on mitmproxy and it allows you to see all requests made by the current tab, modify them and serve the modified version next time you refresh.

It’s a pretty early version but it should be compatible with OS X and Windows. Let me know if it doesn’t work for you.

You can get it here http://dutzi.github.io/tamper/

As @Xan commented below, the extension communicates through Native Messaging with a python script that extends mitmproxy.

When you click on of the requests it downloads its response using the request object’s getContent() method, and then sends that response to the python script which saves it locally.

It then opens file in an editor (using call for OSX or subprocess.Popen for windows).

I used Chrome’s proxy API (specifically chrome.proxy.settings.set() ) to set a PAC as the proxy setting. That PAC file redirect all communication to the python script’s proxy.

One of the greatest things about mitmproxy is that it can also modify HTTPs communication. So you have that also