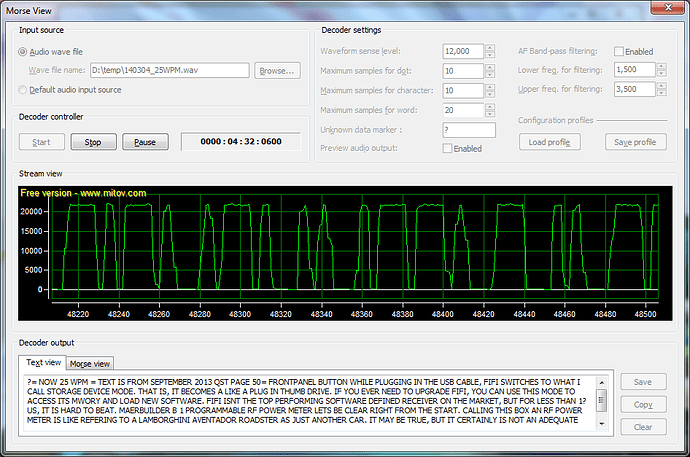 Morse View is an open source software project to convert audible Morse codes to text messages. This application is capable to convert Morse codes from wave files or from the audio line/microphone inputs. Conversion from Morse code to text can perform based on amplitude and frequency decomposition of the input audio stream.

This blog contains electronics, amateur radio and computer-related open source projects which I did in my free time.

How can convert characters into characters that'll produce beep noises?

A few months ago, I finally got a chance to see The Imitation Game (the new Alan Turing movie), which gave me an idea for a Sunday morning R hacking session. The movie features a bunch of scenes with bustling rooms full or workers intercepting (and...

This file has been truncated. show original
3 Likes