Simply Create your own Cheap VPN | Outline by Google 🌍

We tried out Outline, a free software developed by Google that allows the average person to easily deploy a VPN to break through the internet censorship here in China — and it WORKED (most VPNs are blocked in China). This step-by-step guide will show you how to setup Outline in China.

Google’s Jigsaw released a free open-source software called “ Outline ” that let’s anyone easily create a VPN on a cloud server. We tested it and here’s what we found:

One of the drawbacks of living in China is the censored internet. Most expats and travellers will opt to simply purchase a commercial VPN subscription to unblock websites like Google or Facebook.

However, a majority of VPNs are fully blocked or suffer frequent disruptions in China due to the Great Firewall. Furthermore, using commercial VPN services can require a certain level of trust in the company managing the servers. VPN companies will claim they are not logging user usage data , but it can be impossible to know for sure.

Setting up your own VPN?

For the DIY privacy-minded, you can always try to setup your own VPN service, but the home brew route often requires technical knowledge far beyond the average user’s ability. Furthermore, basic OpenVPN based VPNs can be automatically blocked by the Great Firewall through deep packet inspection — which is why most VPN apps don’t work in China.

Thankfully, now you can, in just a few clicks, create your own VPN with Outline, –a free open source project by Jigsaw (owned by Google). Outline is intended to enable journalists and news organizations to easily deploy their own VPN in order to protect their privacy.

At Startup Living China, we are always on the look out for new ways to improve our internet situation, so naturally we wanted to investigate Outline. Setting up a VPN is one thing, but maintaining a VPN that is fast and won’t get blocked by China’s Great Firewall is another thing altogether.

So how does Outline fare in China? Does it get past the Great Firewall? This article will show you how to setup a VPN using Outline and detail our performance tests. The setup and tests in the guide were done using a Windows computer in Beijing, China.

Spoilers: Yes, Outline VPN works in China! (but speeds are not the best)

How to setup Outline VPN in China 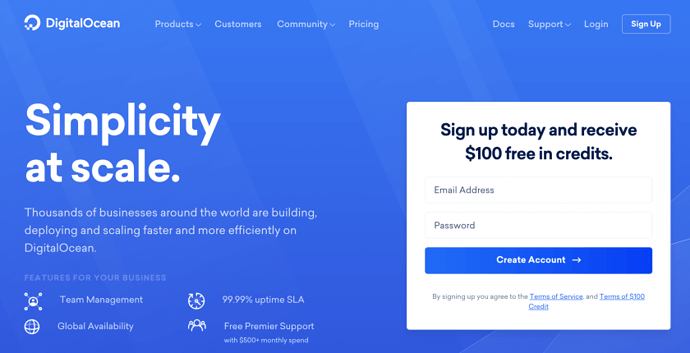 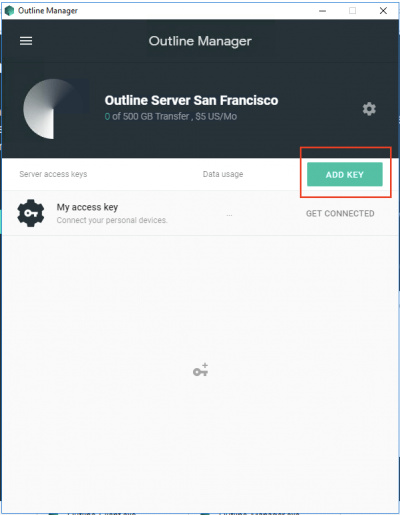 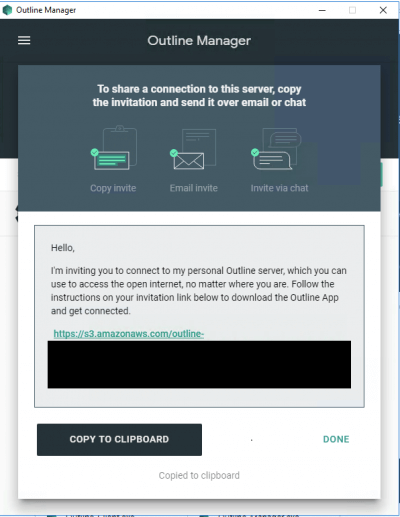 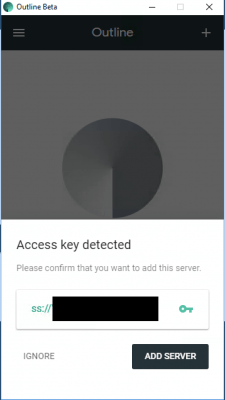 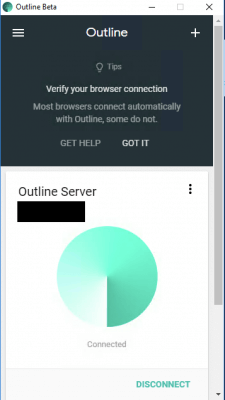 Outline works in China! We were able to connect to our Digital Ocean server (SFO) and browse to Google, Youtube, etc. Here are our Speedtest.net ping times, download speed, and upload speeds. We also compare against a well known VPN used here in China.

which is not bad at all.

For comparison, we ran the same test with a well known VPN used in China, ExpressVPN :

which places ExpressVPN firmly ahead of our Outline home brew setup when it comes to download speeds. For uploads, it appears Outline does better, strangely enough. Downloads speeds are generally more important for the average internet user.

Remember the Outline tests were performed using a Digital Ocean server based in San Francisco. Using Outline on a server from a different cloud provider that is better connected (peered) with China ISPs would probably yield better download speeds. However, this modification would require some technical know-how — which would defeat the purpose of Outline’s ease of use. Perhaps in the future, Outline could add one-click integration with other cloud providers.

Thank you so much.

Good for unblocking websites and protecting against surveillance. Not good for anonymity.

Hi I always thought these 2 things were one and the same. Or at least need to be anonymous to escape the eye of something like the ns*. Would you further discuss the difference between surveillance and anonymity.

Any links of commands

Check this post or better this video ,the video is only for google cloud