“I’ve been hacked” is a common thing to hear these days. Whether it’s someone mistakenly referring to a random malware infection or a person trying to walk back a regrettable social media post, it’s a term that gets thrown around a lot.

Getting hacked is, however, a real danger for modern-day users of devices like computers, smartphones and tablets. There exists an entire underground of so-called “black hat” hackers that profit from exploiting vulnerabilities in systems and human psychology. Identity theft and direct monetary theft are two common drivers of these criminal hackers.

The problem is that knowing you’ve been hacked can be hard. It’s not like there’s a big flashing red light to let you know. Which is why you should be aware of common signs that something isn’t right in your digital world. Thus, here are the signs that you have been the unfortunate victim of a hack.

A Hacker Tells You

We’re starting with the most obvious sign that you’ve been hacked, which is simply being contacted by someone purporting to be the hacker and having them say so.

This could be via direct message, by email or through malware such as ransomware. Either way, the hacker will usually tell you that they’ve compromised you and then provide some form of evidence. This will then be followed by some sort of demand, often money in the form of a cryptocurrency payment.

What should you do? The first thing you should know is that just because someone says they’ve managed to hack you, doesn’t mean that’s the case. One recent trick is to contact a person via email and then show them that they have their password for a specific account.

What’s actually happening here is that the scammer has pulled an old password and hopes to scare you into giving them money or something of real use. If they actually had access to your account they’d demonstrate it in a concrete way (like encrypting your entire computer). 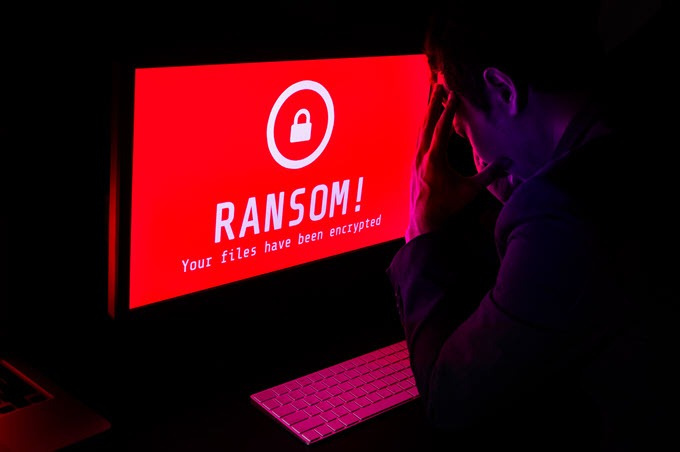 So, log into the account in question, change the password and activate two-factor authentication if possible. Also, if any other accounts are using the password you’ve been threatened with, change them immediately. Then forget all about it. Also, never ever give money to these people, it will do nothing to help you and only embolden them.

If the threat is real, then contact the service provider and let them know your account has been hijacked. If you’ve been a victim of ransomware, which encrypts your data and asks for money, cut your losses. Wipe the machine and restore data from backups. You should also keep your most critical info in something like Dropbox, which lets you roll back any changes for a long window period.

One of the first signs that you’ve been hacked is when your credentials for an account refuse to work. You’ve double-checked and still can’t log in. Weird, right? Well this is a pretty obvious sign that someone else has the keys to your kingdom and that can be a very serious situation.

What should you do? The right course of action here depends on a few things. You should immediately initiate a password reset and change your password if you can. Then, if the service offers it, activate two-factor authentication. This means having to type in an additional one-time code from your phone or via email, but is a very effective way to prevent hacking.

If your primary email account has been hacked and you have not set up any backup recovery options prior to it happening, you need to get in touch with the service provider immediately so that they can suspend the account and then verify your identity.

Activity That Wasn’t You

Are your friends messaging you because of something you posted on Twitter? Did your online persona suddenly send some very NSFW content to your boss?

That’s a pretty clear-cut sign that your account has been taken over. You can follow exactly the same advice as in the point above, but also be sure to post a notice on your social media accounts apologizing for the content and disclaiming yourself.

Your Browser is Being Rebellious

Did you notice something strange when opening up your web browser? Your usual home page is nowhere to be seen. Instead, some strange new search engine sits there, waiting for you like an unwanted frog in the bath. You try to type in a search term in the address bar, but it all just redirects you to that weird new site. When you try to visit your usual websites, the address and site don’t look quite the way they should. What’s going on?

This is a common technique hacker achieve through malware, called browser hijacking . Your browser has been compromised and you can’t trust it anymore. Often, when a browser is hijacked, you are redirected to fake versions of websites that are controlled by the hacker who created the malware. They can then capture your details and gain access to other sites such as online banking services using your name. 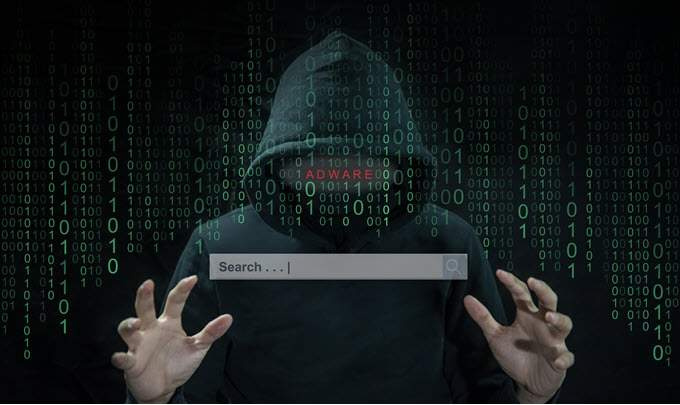 Sometimes the goal is to simply turn your machine into an advertising money mill. Ads will pop up and be clicked on automatically. Gaming the system and making money for those advertisers. Whatever the reason, this is a pretty bad situation to be in!

What Should You Do? First, you should uninstall any software added to the system since the problems started. You should also look for any applications you don’t remember installing and remove them.

This is usually not enough to get rid of the problem, so after finishing the normal uninstall process, you then need to use a malware removal tool such as Malwarebytes to clean out the infestation.

Your Device is Acting Strangely

The signs above are pretty overt, but often a compromise of your device is a little more subtle. If your computer is constantly slow and working at full capacity, that could be a sign things aren’t right. Does the battery on your phone run out much more quickly? Does the mouse pointer move by itself or applications open and close without you doing anything? Are some things, such as your antivirus, suddenly disabled?

These and other similar signs point to outside interference, with a hacker gaining control of your system somehow. Scary, right? 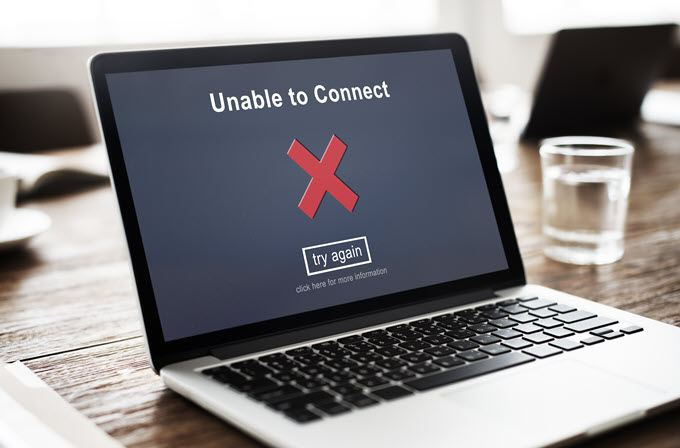 What Should You Do? First of all, disconnect that device from the internet! If someone is actively sending it commands, cutting off that access is the first step. Secondly, if you can, run anti-malware and antivirus software.

However, the best option is probably to do a factory reset or a complete wipe and reinstall of that system. You may even want to have the device cleaned by a specialist, to make sure that nothing remains on it that could open a window for the hacker again.

Your Webcam Lights Up When Not in Use 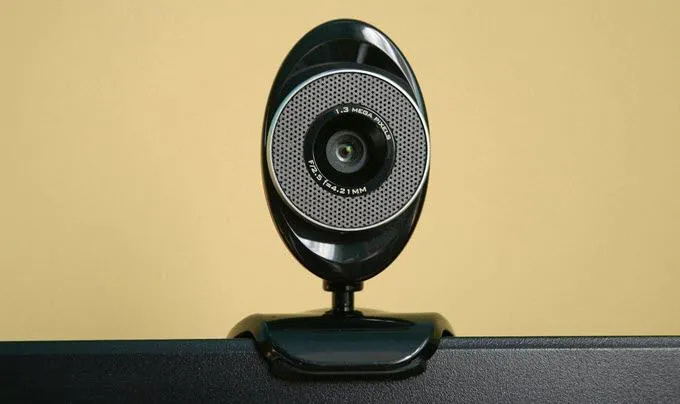 Have you ever seen photos of people in front of a computer, with a little piece of tape stuck over their webcam? That’s because webcam hacking is surprisingly common and the last thing you want is to be spied on! If you notice your webcam activity light coming on when you aren’t using it, be very suspicious!

What Should You Do? Again, we want to run malware and antivirus software. You’ll also want to see if the make and model of your webcam has received a driver or firmware update, which may contain a patch for any security flaws hackers have found.

If you have a webcam that can be switched off or disconnected, you should only have it turned on when using it. If you have a built-in camera, well that sticky tape strategy is not a bad one.

Checking if You’re The Victim of a Data Breach

When big (or small) companies who keep your data get hacked, it could be years before that information is used against you. Often the companies don’t even know that it happened until the stolen data is put up for sale. Luckily you can head over to Have I Been Pwned, which maintains a searchable database of all known data breaches 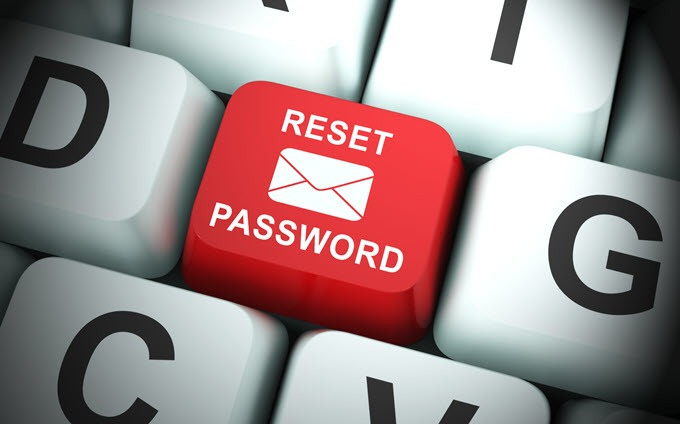 By simply putting in your email address, you can see if you have been compromised. If you have been a victim, go ahead and change all your passwords. In fact, you may want to make use of a password manager that auto-generates unique strong passwords for you.

While there are plenty of shady people out on the net who want to target regular people for personal gain, you don’t have to take it lying down. If you pay attention and practice a good security approach, you can often contain the situation before any serious damage is done!

thank your sir for this information …

Thanks @SaM for the guidance