A report from Science Magazine:

Viruses are some of the most mysterious organisms on Earth. They’re among the world’s tiniest lifeforms, and because none can survive and reproduce without a host, some scientists have questioned whether they should even be considered living things. 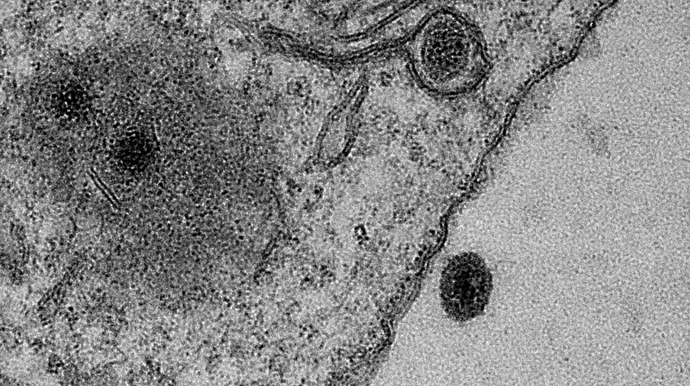 Now, scientists have discovered one that has no recognizable genes, making it among the strangest of all known viruses. But how many viruses do we really know? Another group has just discovered thousands of new viruses hiding out in the tissues of dozens of animals. The finds speak to ‘how much we still need to understand’ about viruses, says one of the researchers, Jonatas Abrahao, a virologist at the Federal University of Minas Gerais, Belo Horizonte.

Abrahao made his discovery while hunting down giant viruses. These microbes – some the size of bacteria – were first discovered in amoebae in 2003. In a local artificial lake, he and his colleagues found not only new giant viruses, but also a virus that – because of its small size – was unlike most that infect in amoebae.

Am wondering what will be unleashed once the ice caps melt completely.