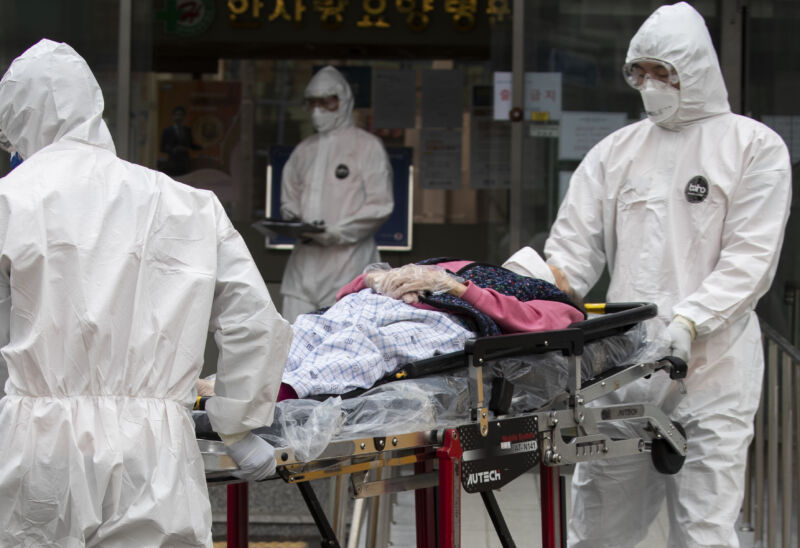 People who recover from COVID-19 but test positive for the virus again days or weeks later are not shedding viral particles and are not infectious, according to data released Tuesday by the Korea Centers for Disease Control and Prevention. The so-called “re-positive” cases have raised fears that an infection with the new coronavirus, SARS-CoV-2, could “reactivate” in recovered patients or that recovering from the infection may fail to produce even short-lived immunity, allowing patients to immediately become re-infected if they are exposed. The new data from Korea should ease those concerns.

KCDC researchers examined 285 cases that had previously recovered from COVID-19 but then tested positive again. The patients tested positive again anywhere from one to 37 days after recovering from their first infection and being discharged from isolation. The average time to a second positive was about 14 days. Of those cases, researchers checked for symptoms in 284 of them. They found that 126 (about 48 percent) did indeed have symptoms related to COVID-19. But none of them seemed to have spread the infection. KCDC investigated 790 people who had close contact with the 285 cases and found that none of them had been infected by the “re-positive” cases. Crucially, additional testing of 108 “re-positive” cases found that none of them were shedding infectious virus.