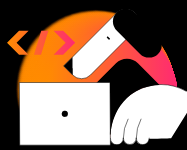 The creators of the Kotlin programming language — the Czech software development company Jetbrains — announced results from their annual “State of the Developer Ecosystem” survey. This year’s survey involved 19,696 developers in 18 countries, and found that:

JetBrains also gathered some statistics from programmers for a special section on Lifestyle and Fun:

And when asked if they contributed to open-source projects:

Also interesting were the answers to the question: If your country’s government replaced your courts with AI, would you trust it? The results were:

depends ! each language has its own uniqueness

python isn’t going to be replaced in some good amount of years
but maybe, julia will be dominant in AI field because it’s created solely for AI

I never have heard of julia lunguage, released in 2012 and used to do forecasting!!!